Indian sailors rescued: The External Affairs Ministry said that the sailors were freed with Oman assistance from the Houthi-controlled Yemeni capital of Sanaa on Sunday and reached India from the Omani capital Muscat. 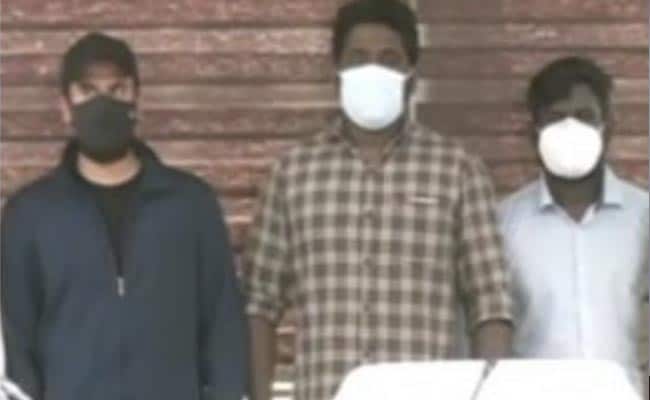 The Indians were among 14 foreigners who were taken captive by Houthi rebels.

Seven Indian sailors, who were recently rescued from Houthi rebels in Yemen, expressed their gratitude to the Narendra Modi government for safely bringing them back to India.

The Indians were among 14 foreigners who were taken captive when the Houthi rebels seized the UAE-flagged merchant vessel Rwabee in the Red Sea on January 2.

The External Affairs Ministry said that the sailors were freed with Oman assistance from the Houthi-controlled Yemeni capital of Sanaa on Sunday and reached India from the Omani capital Muscat where they were transferred "on a plane belonging to the Royal Air Force of Oman."

Mohammed Munwar Sameer Shaikh, one of the rescued sailors told ANI: "We were stuck there for almost three and half months. The Indian government, our Prime Minister (Narendra Modi), and the Indian embassy rescued us after tough negotiations. We thank them from the bottom of our hearts."

"People from four other countries were also rescued along with us by the Indian government," Shaikh added.

Another sailor named Mohmmad Jashim Khan, who hails from Lucknow echoed Shaikh's sentiments and thanked the Indian government for coming to their rescue "The situation is grave in Yemen. Rebels wanted to capture our ship and its cargo, we were held captive too as we were the crew on the ship. They treated us well once they came to know that we are Indians," he said.

Veera Venkata Suva Sai Girish, a third sailor who was among those rescued, said they will be able to return to their homes all due to the efforts of PM Modi.

Apart from seven Indians, three from the UK and one each from Indonesia, the Philippines, Myanmar and Ethiopia had been detained and kept in Yemen without trial.

On Monday, the Indian government thanked all the parties concerned for the release of the sailors, particularly the Omani government.

Earlier, the Ministry of External Affairs (MEA) said the Indian government had been "exerting all efforts for the release of the Indian crew members over the past months."

"Government of India had been in touch with various parties to ensure the safety and well-being of our sailors during this time. The issue was also taken up by the Indian delegation at the UN Security Council," the MEA said.

Meanwhile, in January this year, two Indians were killed in a drone attack by the Houthis on Abu Dhabi.