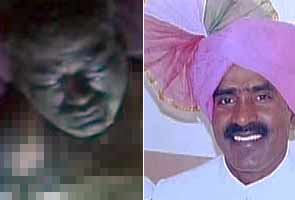 Mumbai: Days after the brutal killing of Yashwant Sonawane, evidence has now surfaced to show that the Malegaon Additional Collector was building a case against Popat Shinde, the prime accused in his murder.

A report prepared by Sonawane in August 2010, a copy of which is with NDTV, documents that his office seized 4000 litres of kerosene and 3000 litres of petrol from Shinde's dhaba in Panewadi village in Manmad. Sonawane suggested the police seal the oil found and take action against Shinde under the Essential Commodities Maintenance Act (ESMA). He had filed the report after he conducted raids on Shinde.

Six FIRs and one externment order were registered against Shinde between 2006 and 2010. But despite that, no action was taken against him he continued to operate his illegal business. (Read: Who is Popat Shinde?)

Sonawane was set on fire by the oil mafia in Manmad in Maharashtra on Tuesday. Eleven people have been arrested for his murder. His driver's testimony has confirmed that he was burnt alive because he tried to film kerosene being stolen from an oil tanker on his cellphone. Sources now say he stopped to film the kerosene theft as he wanted to collect more evidence against Shinde.

Sonawane's report confirms the police theory that his murderers had interacted with him before, and wanted to punish him because he had tried to interfere earlier with their operations.

Oil mafia in Manmad operates uninhibitedly. This is where nearly 300 tankers are filled everyday with fuel from massive oil depots. Manmad hosts a major intersection of four highways.  From here, oil tankers make their way to Malegaon, Nashik, Aurangabad and Nagar.  Drivers of the tankers are seen brazenly stealing kerosene from the trucks they drive. Tankers are locked after they are filled up, but the mafia has duplicate keys.  Highway robbery is a fact of life.

Sources say Popat Shinde has been working for the oil mafia for nearly 30 years. Once a roadside snack seller, he befriended truck drivers who operate at the massive oil depots in Manmad. Shinde learnt the tricks of the oil pilferage trade and soon made enough money to own two oil tankers.

He led a group of people who reportedly poured kerosene all over Sonawane while he was on an official tour. Shinde was also injured in the attack he launched. He is now in a local hospital with serious burns.

Police sources say now Sonawane's report and the six FIRs registered could be used to book Shinde and his accomplices under the stringent Maharashtra Control of Organised Crime Act or MCOCA, which will make it virtually impossible for them to get bail for six months. Also, under MCOCA, statements of the co-accused can be used as evidence in court, which will further strengthen the case.