Yashwant Sinha Frontrunner to be Next Planning Commission Chief: Sources 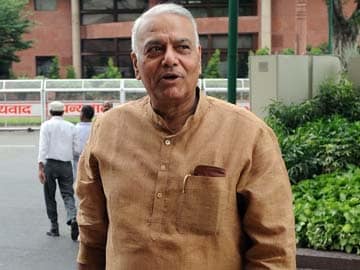 New Delhi: Two months after coming to power, the Narendra Modi government seems ready to restructure the Planning Commission, the term of which is coterminus with that of the government.

Sources in the government said a deputy chairman is to be named soon and three names are doing the rounds for the post -- Yashwant Sinha, NK Singh and Arun Shourie. Veteran BJP leader and former finance minister Mr Sinha is said to be the the front-runner for the post.

With the government dragging its feet on naming the commission so far, there were some doubts on whether the body would be reconstituted at all.

In fact, days after the new government came to power, the Independent Evaluation Office, which evaluates the effectiveness of the Central flagship schemes, had suggested that the commission be dismantled and replaced with a new Reforms and Solutions Commission.

The report was submitted to Mr Modi on May 29 -- three days after his government was sworn-in. But the evaluation was called internal, since it was not properly sanctioned, sources said.

On August 7, in reply to a question in Rajya Sabha, Union minister of state for planning Rao Inderjit Singh had said, "There is no proposal at present under the consideration of the government to restructure the Planning Commission".

Promoted
Listen to the latest songs, only on JioSaavn.com
On how the work will be handled in absence of members, he said, "The Prime Minister is the chairman of the Planning Commission. Besides, in the current council of ministers, the MoS (Planning) has been given Independent Charge".

Mr Yashwant Sinha had not contested the Lok Sabha elections this time. Instead, his son Jayant Sinha had contested and won the Hazaribagh seat. Mr Sinha was the finance minister in the Atal Bihari Vajpayee government and is considered to be pro-reform.