Monsoon 2020 news: The Delhi government said, it is prepared to handle any flood-like situation if the water level of the Yamuna river rises further. 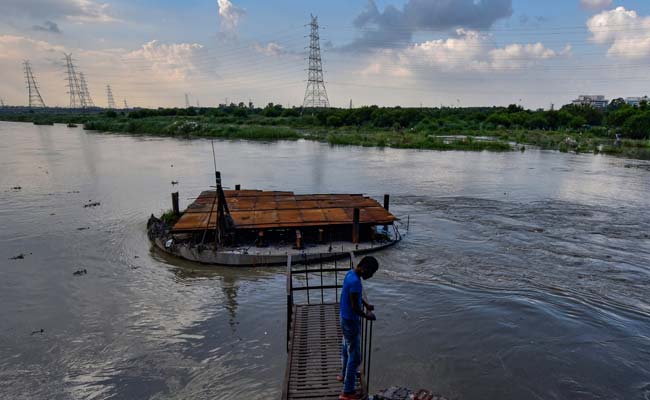 Yamuna River image: Water level of the Yamuna in Delhi rose after heavy rain in the catchment area

Monsoon 2020 updates: The level of the Yamuna river in Delhi rose closer to the danger mark after water was released from the Hathnikund Barrage at Yamunanagar in Haryana. The Delhi government said, it is prepared to deal with any flood-like situation.

The water level was recorded at 204 metre at 10 am Tuesday, close to the warning level of 204.50 metre. Water was being released into Yamuna at the rate of 7,418 cubic metre per second (cusec), an official of the Irrigation and Flood Control Department, told news agency Press Trust of India.

"We have a flood-control system ready and it will be activated when the situation demands," Satyendra Jain, Delhi water and health minister said.

According to a government official, 5,883 cusec of water was released from the Hathinikund Barrage in Yamunanagar district Monday morning also, leading to a rise in the water level. One cusec is equivalent to 28 litre per second.

Mr Jain said, the government was keeping a close watch and a plan is ready for people living in areas along the Yamuna, right from Palla village to Okhla, he added.

The water level of the river rose due to heavy rainfall in its catchment area over the last few days.The India Meteorological Department (IMD), in its forecast, said that the national capital is likely to witness another spell of "moderate to heavy rain" between Wednesday and Friday. Kuldeep Srivastava, the head of the regional forecasting centre, IMD, said the monsoon trough is likely to shift northwards and will remain close to Delhi-NCR from Tuesday evening to Friday.

Under its influence, widespread rainfall is likely in northwest India. "One or two spells of moderate rain, thundershowers with isolated heavy rain may occur between Wednesday night and Friday afternoon in Delhi," Mr Srivastava said.