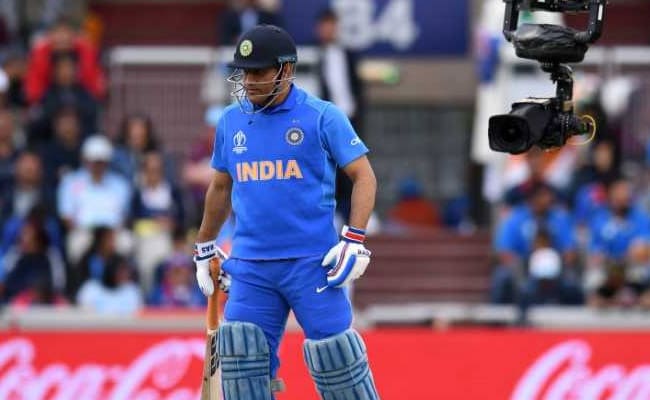 After India got off to a fledgling start against New Zealand in the Cricket World Cup's semi-finals, social media users including Union Minister Babul Supriyo and many from the cricketing fraternity, questioned the decision to send batsman Dinesh Karthik first instead of former skipper Mahendra Singh Dhoni.

"Do u guys think with 3 down at 5 (yes 5 Runs it is), Dhoni shud hv come out ahead of Kartik? The pacers are on and he wud hv got time to settle before, his area of discomfort, the spinners came in.. if Dhoni went slow, Pant wud hv kept things going.. Retweet if u agree," Mr Supriyo tweeted.

"It's inexplicable. He's not out yet when India are under pressure. That's not acceptable," Sourav Ganguly was heard saying during the World Cup broadcast.

Dhoni? Injured? Should be here otherwise.

The BJP minister from Bengal also analysed Mr Dhoni's batting performance. "Anyone who is thinking @msdhoni is playing slow. Let me remind you that he is 28 from 52 balls, @hardikpandya7 made 32 frm 62 balls and @RishabPant777 made 32 from 56 balls !!," Mr Supriyo tweeted.

Mr Dhoni, known for batting under pressure, received sharp criticism for his performance throughout the World Cup.

The match, which began yesterday, was continued today after rain played spoil sport.

New Zealand managed to stretch their overnight score of 211 for five wickets to 239 for eight wickets at the end of 50 overs.

India today lost 4 wickets within the first few overs of the match with the top three batsmen scoring just one run each.

The Cricket World Cup final will be held on Sunday.