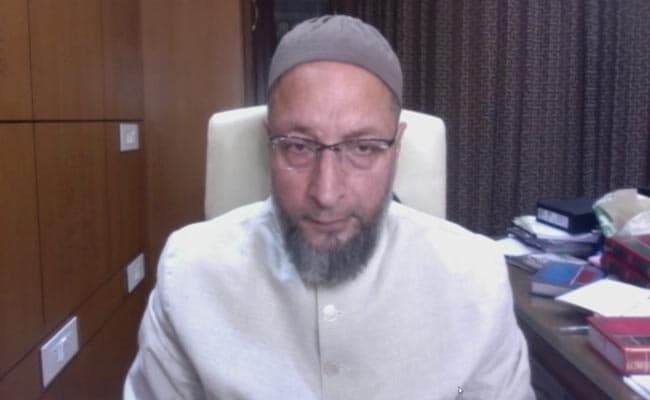 AIMIM president Asaduddin Owaisi on Thursday said he would not support any law if the Centre brings in a two-child norm/policy in the country.

"The mistake China did, India should not. I will not support it (two-child law) at all because it will not be in India's interest. The Modi government has itself already said this (that it had no plans for a two-child policy)...It filed an affidavit in the Supreme Court and (their) Health Minister also said that in Parliament," the Hyderabad MP told reporters here.

Mr Owaisi was reacting to a query whether he would support the Central government if it brings a law mandating two-children (for population control).

He further said he is saying what the Narendra Modi government already said in Parliament and the Supreme Court and that affidavit is correct.

"The total fertility rate (TFR) in the country is on the decline. By 2030, its population will stablise," he said.

"By regularly talking on population, you are creating hatred against one community," the AIMIM chief alleged. "The demographic dividend (of youth) the country has...do something for them. Tell us what Modi government has done in the last eight years (for youth) and there should be a debate on this. Unemployment is a burning issue," Mr Owaisi said.

He hit out at Bhagwat's reported remarks on conversion saying: "India accepts all religions. But, RSS wants that India should have one religion, one culture, one language. But it won't happen because India has been a multi-cultural country and will continue to remain so. Why are you so afraid of conversion, Mohan Bhagwat Sahab. Conversion is a choice. What is your problem if one wants to convert."