40 Indians were abducted by ISIS; one managed to escape by posing as a Muslim from Bangladesh, Ms Swaraj said in a statement in the Rajya Sabha today. 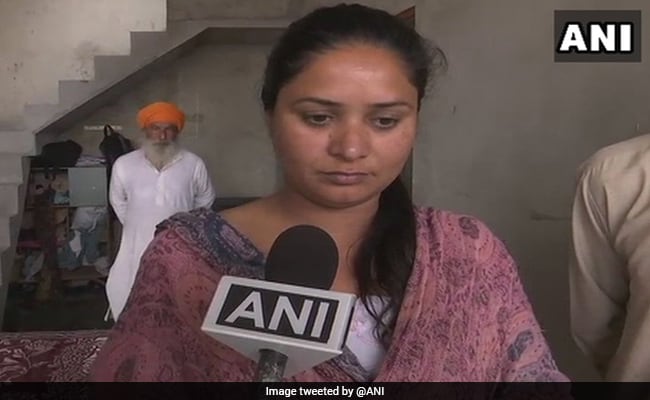 Chandigarh: Gurpinder Kaur, sister of one of the 39 Indians killed in Iraq, today said she finds it difficult to believe her brother is no more because Foreign Minister Sushma Swaraj had assured her for years that he is alive.

Ms Kaur, who heard the news on television, said she will believe her brother is actually dead only when the ministry contacts her.

Ms Swaraj said in a statement in the Rajya Sabha today that 39 Indians, abducted by ISIS in Iraq's Mosul town three years ago, are dead and their bodies have been recovered.

40 Indians were abducted by the terror organisation but one of them escaped by posing as a Muslim from Bangladesh, Ms Swaraj said in a statement in the upper house.

"I heard this on television. Until the MEA (Ministry of External Affairs) contact me, I will not believe this," Ms Kaur, whose brother Manjinder Singh was killed in Iraq, said.

The minister, she added, had been saying all along that that he was alive and they are tracing the location.

"Now, I don't know what to believe," she told the media.
Comments
Indians killed by isisSushma SwarajIndians abducted by ISIS