The farmers had earlier threatened to disrupt the BJP party events in Haryana's Hisar and Yamunanagar. 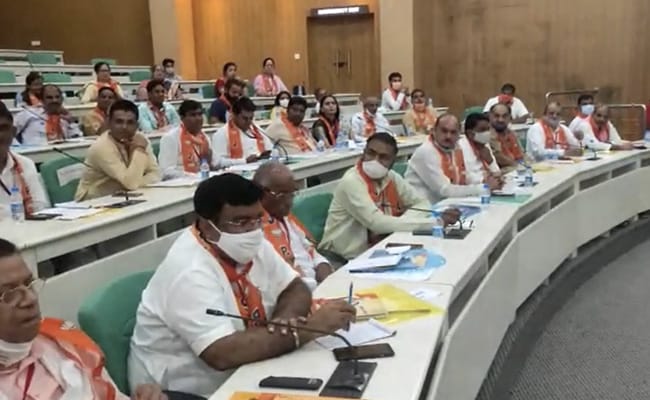 The BJP events, however, proceeded, thanks to heavy police deployement at the venues.

Angry farmers clashed with the police today in two districts of Haryana while protesting against BJP leaders who arrived to participate in some events. Having opposed the Centre's three new farm laws for more than six months now, sections of them have been targeting the party's functionaries individually, too.

Today's confrontation was reported from Yamunanagar and Hisar districts of Haryana, whose Manohar Lal Khattar-led government has for many months now tried to curb their show of dissent by blocking roads to Delhi and shutting or slowing down telecom services.

State Transport Minister Moolchand Sharma was today scheduled to address a party meeting in Yamunanagar where farmers clashed with the police. They had earlier given a call to not allow BJP-Jannayak Janata Party (JJP) leaders to address any public programme in the district.

Following such a threat, police personnel were deployed in heavy numbers at the barricaded programme venue. The farmers, however, arrived on tractors and dismantled the barricades.

Similar scenes were witnessed in Hisar where state BJP President Om Prakash Dhankar was scheduled to address a programme at the Guru Jambeshwar University.

There was a big deployment of police personnel at the main gate of the university. The force was led by Deputy Commissioners of Police Rohtas Sihag and Rajbir Saini.

The farmers arrived at the venue by noon. They said the university administration had announced that the BJP's programme stood cancelled owing to the protesters' opposition.

The holding of the event despite such an announcement the previous day inflamed the farmers' fury. They threatened to protest at the venue with black flags today. Mr Dhankar, meanwhile, arrived a little later, after the programme had begun.