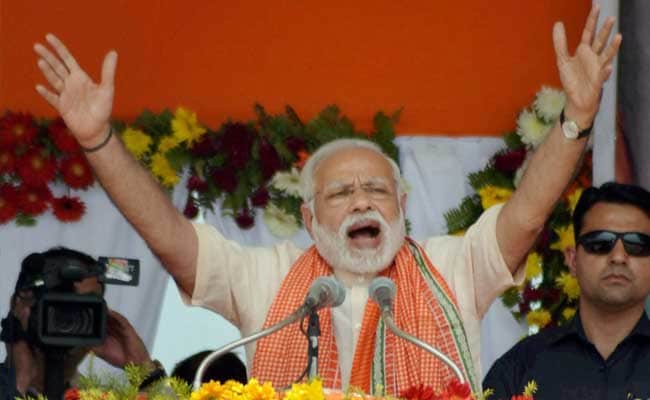 New Delhi: President Pranab Mukherjee today praised the invaluable contribution of women in development of the country and asked people to reaffirm their commitment towards gender equality. "Warm greetings & best wishes to women in India & in all parts of the world on the occasion of International Women's Day. Generations of Indian women have made an invaluable contribution to the development and progress of our country," President Mukherjee said on twitter. In his message, Prime Minister Narendra Modi also appreciated indomitable spirit, determination and dedication of Nari Shakti (Women Power).

The President said: "On this day, I call upon people of India to reaffirm their commitment to gender equality & true empowerment of women".

"Saluting the indomitable spirit, determination and dedication of Nari Shakti on International Women's Day," the Prime Minister said on the micro-blogging site.

PM Modi added that the progress of humanity is "incomplete without the empowerment of women" and the issue is no longer women development but "women-led development."

He cited various initiatives taken by the Union government to support women and made an appeal to people to consider gifting such schemes to women instead of gifting presents on festive occasions.

"The government is also working towards safety and security by exploring the provision of a panic button and smart phones that can come to the aid of women along with facilities like GPS," PM Modi said in a message posted on his website.

The Prime Minister said the centre has decided that maternity benefits must reach every single mother and as per the scheme, every mother of a new-born will get an aid of Rs 6,000 in cash.

"This is aimed at reducing malnourishment among mothers so that health outcomes for upcoming generations can also be impacted positively. Pradhan Mantri Surakshit Matritva Abhiyan also ensures free health check-ups which provide great convenience to pregnant women," he said.

The 9th of every month has been fixed for this free health check-up for pregnant women.

(This story has not been edited by NDTV staff and is auto-generated from a syndicated feed.)
Comments
Pranab MukherjeePM ModiWomen's DayInternational Women's DayNarendra Modi