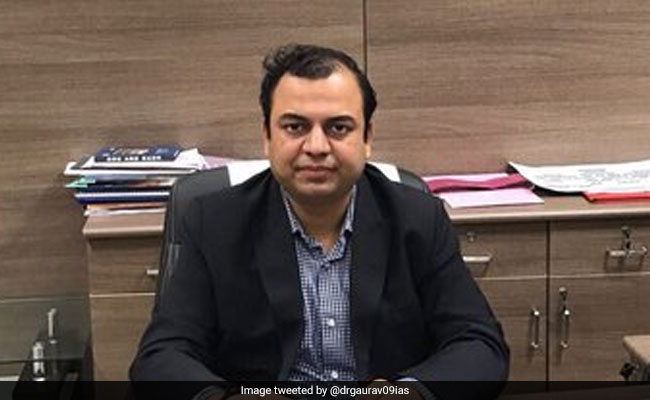 A Delhi-based woman, who had accused Gujarat IAS officer Gaurav Dahiya of bigamy and cheating, today sought a DNA test of her 8-month old daughter to prove that he is the biological father.

The woman arrived in Gandhinagar and met state Director General of Police Shivanand Jha and chairperson of the Gujarat State Commission for Women Leelaben Ankoliya.

Gujarat government had suspended Gaurav Dahiya, a 2010 batch IAS officer, and initiated disciplinary action against him for "serious charges of misconduct and moral turpitude".

The woman, who claimed that Gaurav Dahiya married her without divorcing his first wife, said she will try to meet Gujarat Chief Minister Vijay Rupani on Wednesday.

"I have urged the DGP to file a complaint against Gaurav Dahiya. I have also submitted proof of my marriage to him. I have demanded a DNA test to prove he is the father of my daughter. I want my legal rights as his wife," the woman told reporters.

After meeting the woman, Gujarat Women's Panel chief said they would investigate charges against Gaurav Dahiya.

Gaurav Dahiya had approached the Gujarat High Court against the police inquiry.

In her complaint to the police, the woman had claimed that she and Gaurav Dahiya had got married in 2018.

Gaurav Dahiya had accused the woman of morphing photos of their wedding for extortion. He told the police that though they arrived at a compromise earlier, she started harassing him with false claims of marriage.

Gaurav Dahiya was transferred to the General Administration Department as joint secretary on July 22 after the police received the complaint against him. He was director of the National Rural Health Mission in Gujarat.