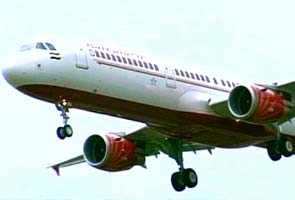 New Delhi: A woman delivered a baby girl onboard a Toronto-bound Air India plane when it was flying 34,000 feet over Kazakhstan today without causing any disruption to the flight.

The flight took off at around 1.45 AM. When the plane was flying over Kazakhstan at around 3.30 AM, Kaur experienced labour pain, a senior Air India official said.

The cabin crew was immediately informed, who alerted the Captain about the situation.

A lady doctor travelling on the plane assisted the woman in the delivery.

Though the pilot announced that if needed, he can land the aircraft at the nearest airport, a normal delivery took place, the official said.

"A normal delivery took place and the health parameters of both the mother and the baby girl were normal. So, the pilot decided to continue the flight which will land at Toronto later in the day," the official said, adding the Air India staff provided all necessary support and facilities to the doctor, mother and baby.
Comments
Woman delivers onboard flightWoman delivers mid-airWoman delivers on flight