With Solar Power, A Gujarat Village Is Irrigating Its Fields For Free

The farmers set up a cooperative to install solar panels in their fields and power irrigation.

Around seven months ago, about a dozen farmers in Ramabhai's village about 90 km from Ahmedabad came together to form a solar cooperative and set up solar panels in the fields to generate electricity.

"We used to spend 500 rupees on diesel for pumping sets for drawing water for irrigation. But now we do it with solar energy," Rambhai said.

"We also make money by selling solar power when we not irrigating our fields. We can sell excess electricity to the power board for Rs 4.63 per unit," he added.

While the farmers shelled out 10 per cent of the Rs 60 lakh that it cost for the project, the rest was funded by non-profit organisation International Water Management Institute or IWMI. 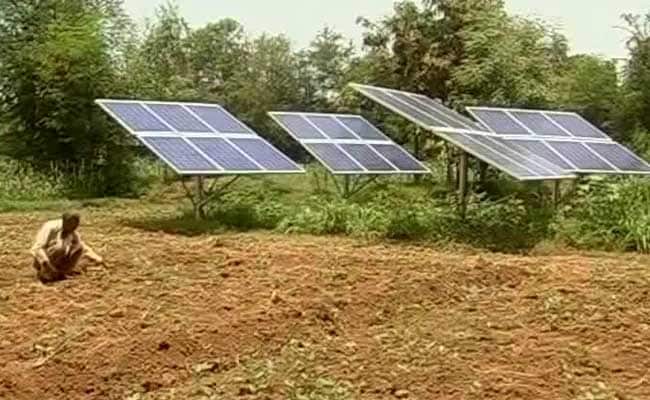 The farmers sell the surplus power to the electricity board.

"We convinced the farmers about the benefits of solar energy - that we could irrigate our fields free of cost with it," said Secretary of the Dhuni Solar Cooperative, Pravin Parmar.

The cooperative also signed an agreement with a government-run power distribution company to sell excess electricity. Even while the project develops, farmers can earn up to Rs 4,500 per month by selling solar power.

Neha Durga, a consultant at IWMI said, "The system also incentivises farmers to increase the productivity of water and use less of it - so that they can sell the extra power - thus conserving ground water."

The villagers now say they want to see the experiment replicated in other parts of the state.