The hiked prices will enable sugarcane farmers to increase their income by eight per cent and will transform the lives of 45 lakh farmers, Yogi Adityanath said. 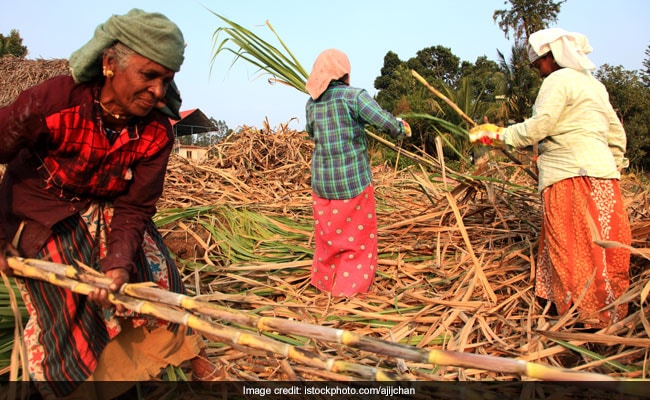 Uttar Pradesh Chief Minister Yogi Adityanath today increased the purchase price of sugarcane in the state by Rs 25 per quintal in a major decision ahead of the 2022 Assembly elections.

Addressing a meeting of farmers in Lucknow organised by the BJP's Kisan Morcha, Yogi Adityanath said, "Farmers will now be paid Rs 350 per quintal for the variety of sugarcane for which they were till now being paid Rs 325 per quintal."

"This will enable the sugarcane farmers to increase their income by eight per cent, and will transform the lives of 45 lakh farmers," Yogi Adityanath said elaborating on the benefits of the new prices.

He also said that 119 sugarmills will be operated, and will be linked with ethanol.