"Will Send Those To Pakistan Who Do Not Chant Vande Mataram": BJP Lawmaker Surendra Singh

BJP MLA from Uttar Pradesh Surendra Singh is known for his controversial jibes and has targeted Rahul Gandhi, Priyanka Gandhi and Sonia Gandhi. 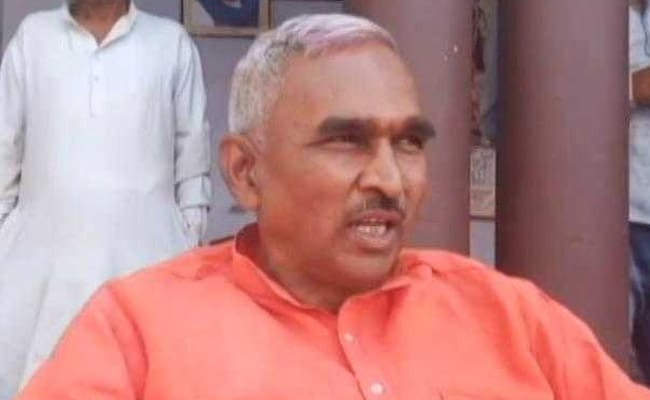 BJP MLA from Ballia is known for making controversial remarks.

In a controversial statement, BJP legislator from Uttar Pradesh Surendra Singh on Friday said that people who do not chant Vande Mataram have "no right to live in India" and should be sent to Pakistan.

"Chanting Vande Mataram may be an emotion. But if you are living in India then Vande Mataram is a must. It is in Sanskrit and it can be translated into Urdu too. Those who do not want to chant it by heart have no right to live in India," the BJP legislator said.

"If it is in my hand, I would send such people to Pakistan within one week after making their passports," he added.

The BJP legislator went on to say that some people make excuses not to sing Vande Mataram. "Their double standards are revealed if they are not chanting Vande Mataram and Bharat Mata Ki Jai, citing difference in languages."

"Rahul's (Gandhi) mother was also in the same profession in Italy and his father made her his own. He should also take the family tradition forward and make (singer-dancer) Sapna (Choudhary) his own," Mr Singh had said. Before this, he had called Rahul Gandhi and his sister Priyanka Gandhi Vadra "Raavan" and "Surpanakha", referring to the Demon King and his sister from Ramayana.