Sushmita Dev said we are opposing criminalisation of triple talaq and will continue to do it. And there are solid legal reasons behind it. 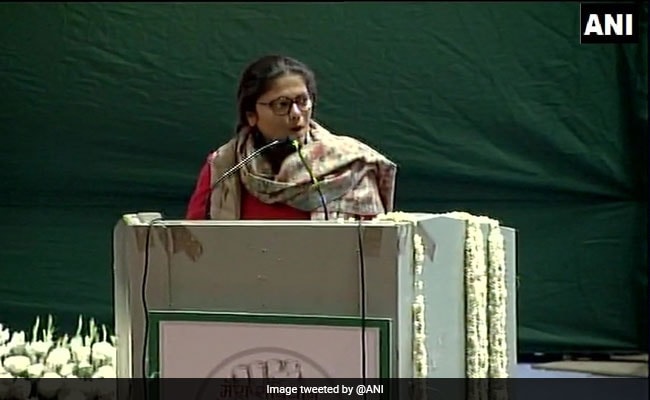 Any law that criminalises triple talaq will not be tolerated by the Congress said Sushmita Dev.

Congress MP Sushmita Dev has said she stands by her statement that the Congress would scrap the triple talaq bill if it comes to power and instead go for an alternative that emerges out of discussions within the Muslim community.

"What I said in that day's (Thursday's) meeting is what I have said inside Parliament. Any law that criminalises triple talaq will not be tolerated by the Congress," Ms Dev told IANS.

"And I followed it up by saying any law that is for women empowerment, we will support that law. But we will not support criminalisation (of divorce)," she added.

At the Congress' minority convention on Thursday, Sushmita Dev, also the President of party's women wing, said the party would scrap the triple talaq bill if voted to power in the next elections.

"Our stand inside Parliament and outside is the same. We are opposing criminalisation of triple talaq and will continue to do it. And there are solid legal reasons behind it. The common man understands it," she said.

Asked if the BJP may play up her statement in a different context, she said "The BJP twists nine out of ten things that the opposition says. (Prime Minister) Narendra Modi has emerged as the king of misrepresentation. Even a small child knows that."

On the alternative, she said this is a "subject that needs to be discussed with the community".

"You cannot dole out a solution acting as a messiah for that community. You have to consult them, which this government has not done," she said.

"The provisions of sustenance to the divorced wife and custody of children are already covered in the existing laws. The only thing that the Modi government has brought to the table is the criminalisation, which is unwanted and uncalled for," she said.

The Muslim Women (Protection of Rights on Marriage) Bill is pending in the Rajya Sabha where the Congress-led opposition wants it to be sent to a Select Committee of the House for wider discussion.

The government has brought an ordinance and if the bill is not passed in this session, it will re-promulgate the ordinance.

A number of Muslim organisations including the Muslim Personal Law Board and the Jamat-e-Islami Hind have appealed to the Rajya Sabha members of non-NDA parties to not support the triple talaq bill in its present form.

Women activists, including Shaista Ambar, who fought the legal battle against triple talaq, have also expressed reservations over the penal provision in the bill. They say they were not consulted in the drafting of the bill.