Will Remember Him As Dedicated Leader, PM Narendra Modi Tweets On Vinod Khanna 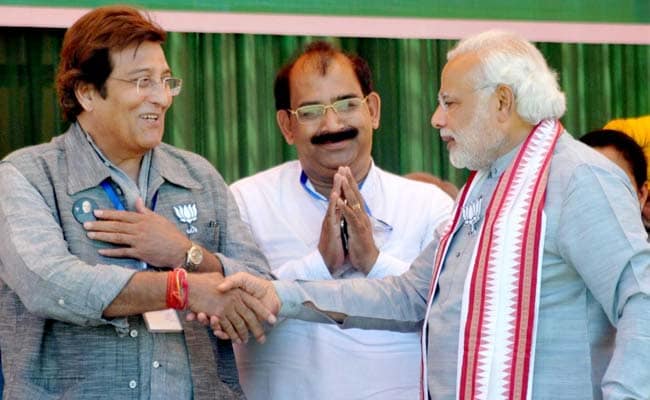 Vinod Khanna will be remembered as a popular actor and a dedicated leader, PM Modi said.

New Delhi: Prime Minister Narendra Modi today condoled the death of Vinod Khanna, saying he will be remembered as a popular actor and a dedicated leader.

Will always remember Vinod Khanna as a popular actor, dedicated leader & a wonderful human. Pained by his demise. My condolences.

The veteran actor and BJP MP died of cancer at a Mumbai hospital today. He was 70.

He was admitted to the Sir HN Reliance Foundation hospital on March 31 with severe dehydration.

The hospital authorities refused to share the reasons for his demise.

The actor made his acting debut in 1968 with "Man Ka Meet" and is best remembered for his performance in films like "Mere Apne", "Mera Gaon Mera Desh", "Amar Akbar Anthony", "Qurbani", "Dayavaan" and "Jurm".

Promoted
Listen to the latest songs, only on JioSaavn.com
He was last seen in the Shah Rukh Khan starrer "Dilwale" in 2015.