Will oppose FDI till our last breath: BJP 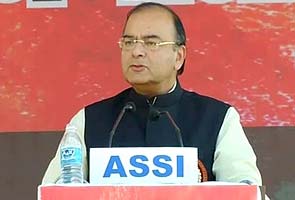 New Delhi: Assuring support to the traders opposing the Congress-led government's decision to allow FDI in retail, BJP leader Arun Jaitley said on Thursday that his party would oppose the move till its "last breath".

"This FDI (foreign direct investment) is not in favour of the consumer, farmer, trader, manufacturer and the country. That's why we are opposing it and will continue to oppose it till our last breath," Mr Jaitley said as he addressed a rally held at Ramlila Ground in New Delhi by the Confederation of All India Traders (CAIT).

"We stand united with the traders and the people of this country," he added.

The senior Bharatiya Janata Party (BJP) leader argued that under FDI, 60-70 per cent of the business will go into the hands of just two or three companies which will be harmful for the farmers.

"The farmers would be left with no choice but to sell their produce to them. When the number of sellers decrease, how will it benefit the farmers?" asked Mr Jaitley.

Several markets in the capital remained closed as traders pulled down shutters in protest.