Read inOther Languages
This Article is From Sep 23, 2019

"Will Grow Golden Wings, Fly To The Moon": P Chidambaram's Tweet To CBI

Despite having spent the last 17 days in jail over the Rs 305 crore INX Media case, former Finance Minister P Chidambaram has kept his Twitter account active, courtesy his family 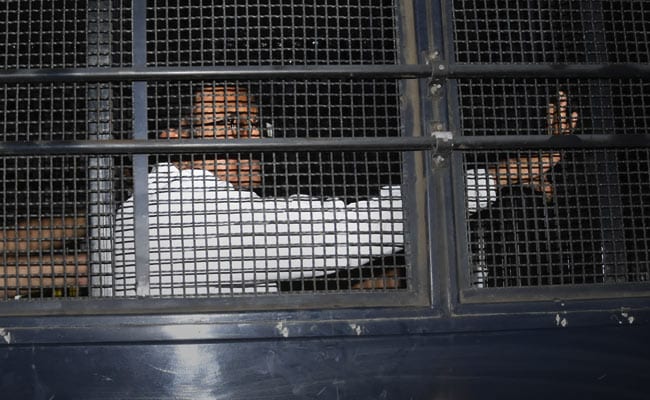 Former Union Finance Minister P Chidambaram, lodged in Tihar Jail since September 5 in the Rs 305 crore INX Media case, took a swipe at the CBI on Sunday after the agency claimed the 74-year-old Congress leader was a flight risk. In a tweet posted on his official account Mr Chidambaram said he was "thrilled" that some people believed he could "grow golden wings and fly away".

"I am thrilled to discover that according to some people, I will grow golden wings and fly away to the moon. I hope I will have a safe landing," his family posted on his behalf.

On Thursday a Delhi court was told Mr Chidambaram had neither a pillow nor a chair in his cell, because of which he had "developed back pain". The court refused to be swayed by the claim, which the government dismissed as a "small issue" and extended his custody to October 3.

I have asked my family to tweet on my behalf the following:

"I am thrilled to discover that , according to some people, I will grow golden wings and fly away to the moon . I hope I will have a safe landing."

This means the Congress veteran will have spent nearly a month in jail by then.

Mr Chidambaram's legal team protested after the judge announced the next date of hearing.

Despite having spent the last 17 days in jail, Mr Chidambaram has kept his Twitter account active, courtesy his family. His most recent tweet was on his 74th birthday, when he warned the Prime Minister Narendra Modi government that only bold action could revive the ailing economy.

My thoughts today are about the economy. Just one statistic tells the story. Export growth in August was -6.05%.

No country has achieved GDP growth of 8% without exports growing at 20% a year.

'Vandalism Not Equal To Freedom Of Speech': Kerala Minister To Face Trial