"Will Gouge Out Eyes": Jharkhand Minister Issues Threat Over Dam

Louis Marandi, who holds the minority welfare and women and child development portfolios, also said that she would not "tolerate any misdoing" on the part of the Bengal government 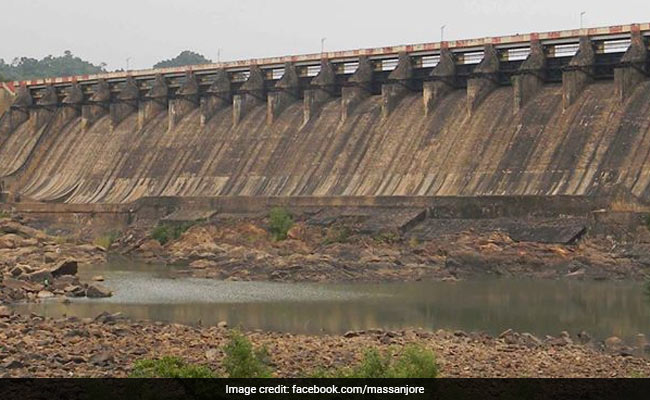 Two days after Bharatiya Janata Yuva Morcha (BJYM) activists resisted workers of the West Bengal government from painting the Massanjore dam's walls, Jharkhand minister Louis Marandi on Sunday threatened to "gouge out eyes" of those who dared to look at the barrage.

Mr Marandi, who holds the minority welfare and women and child development portfolios, also said that she would not "tolerate any misdoing" on the part of the Bengal government.

"If someone dares to look at the Massanjore dam, we will gouge out his eyes. (Agar koi ankh uthake dekhenga, hum uska ankh nikal lenge)," said the minister, who is the BJP lawmaker from Dumka.

The ruling dispensation in the state had on August 3 objected to the West Bengal government's move to paint the dam in shades of white and blue as it was located in Jharkhand.

In response, West Bengal Irrigation Minister Somen Mahapatra said the dam was maintained by his government, and "nobody had any right" to stop its workers from the carrying out the work.

Mr Marandi also demanded that the "agreement on the dam, signed between the governments of West Bengal and undivided Bihar, should be made public".

Jharkhand was carved out of Bihar in 2000.

"This dam is in Jharkhand. When the dam was constructed, people of 144 villages in Dumka were displaced," Mr Marandi told PTI, adding that Chief Minister Raghubar Das has been apprised of the matter.

The minister also alleged that West Bengal police removed the Jharkhand government's logo from one of the gates of the Massanjore dam.

"They should not have entered the area without the permission of the Dumka administration," Mr Marandi added.

BJYM's Dumka district president Amit Rakshit today said the members of his party have re-embossed the Jharkhand government's logo on the gate.

Terming Mr Marandi's words as "indecent", the Bengal irrigation minister today said her words reflected the "mindset" of her party.

"Such indecent comments, such inappropriate gestures and uncivilised conduct suit the Jharkhand minister and her followers," Mahapatra said.

The people of West Bengal will give a befitting reply to the intimidating tactics of the leaders of the BJP-ruled state, he claimed.