Will Go Ahead With Land Swap Deal With Bangladesh to Stop Infiltration, Says PM Modi 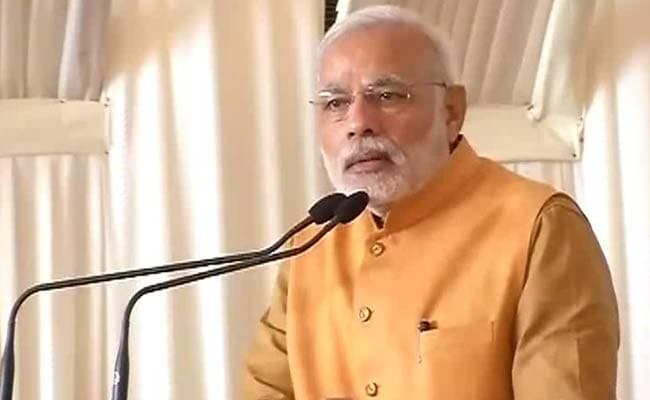 There will be no compromise on the state's security, Prime Minister Narendra Modi said.

Guwahati: Prime Minister Narendra Modi today said the Centre will go ahead with a land swapping deal with Bangladesh to stop infiltration and find a permanent solution to the long-pending border dispute between the two countries.

"I will make such arrangements that all roads will be closed for Bangladeshis who are coming and destroying Assam every day. Believe me, the land swapping deal will be done for a permanent solution to this problem of Assam," Mr Modi told said at a party rally in Guwahati today.

He said handing over of land to Bangladesh will be done only for the security of the people of Assam and the border and not for "any harm to Assam in future".

Assuring people that there will be no compromise on the state's security, the Prime Minister said he was aware of the sentiment in the state regarding the land swapping agreement.

"I know Assam's problems. I assure you, we will move ahead (with the agreement) considering the country's and Assam's welfare. Assam will gain in long term even if it looks like losing in short term," he said.

The ruling Congress government led by Chief Minister Tarun Gogoi has been in favour of the land swap with Bangladesh, in which the state, the Chief Minister claims, stands to gain around 397 acres.

The state BJP had been protesting against it, arguing that the state will have to give away land to Bangladesh. On occasion, the party had even called strikes against moves to facilitate land swap by the erstwhile UPA government.

Promoted
Listen to the latest songs, only on JioSaavn.com
But infiltration from Bangladesh has been under the scanner since the October 2 blast in West Bengal's Burdwan, in which Jamaat-ul-Mujahideen militants, who are trying to overthrow the Sheikh Hasina government in Bangladesh, are allegedly involved.