"My voice is not being heard in Congress and hence I am resigning," Savitribai Phule said 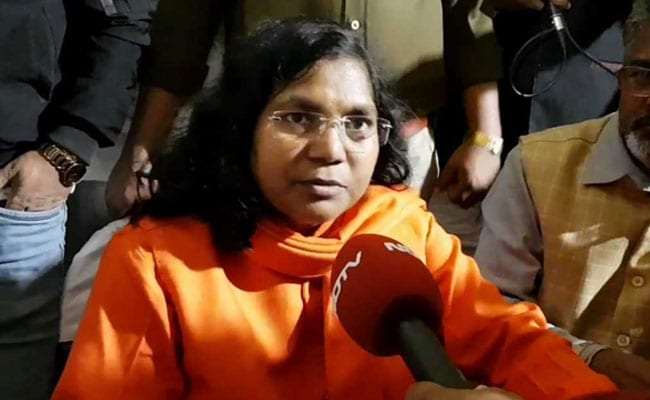 Savitribai Phule, a BJP leader who joined the Congress before this year's national election, quit the party on Thursday alleging that her "voice was not heard". The former MP vowed to form her own party, commenting that there was "no difference" between the BJP and the Congress.

"My voice is not being heard in Congress, so I am resigning. I will form my own party," said Ms Phule. Holding up her resignation letter, she said her new party would follow the motto of "Bahujan Hitaye, Bahujan Sukhaye" (for the benefit and happiness of the masses).

Ms Phule, a prominent scheduled caste leader always seen in saffron robes, quit the BJP in December last accusing her party of 14 years of trying to create divisions and inequality in the society. She also alleged that the party was "not doing enough on the issue of reservation," upset over a Supreme Court order cancelling stringent provisions of a law for the protection of Dalits.

Her stint in the Congress was far shorter - nine months. She also blamed Congress general secretary Priyanka Gandhi Vadra for her exit.

"When I pleaded with Priyanka Gandhi to let me organize a protest against the violation of the constitution and the use of EVMs (Electronic Voting Machines), she said the Congress government had decided to bring EVMs so I couldn't protest against it," she claimed.

Ms Phule, who went from Mayawati's Bahujan Samaj Party (BSP) to the BJP in 2000, joined the Congress in March in the presence of Rahul Gandhi and Priyanka Gandhi.

In February, she triggered many headlines and a controversy after calling Lord Hanuman a Dalit.