Will Conduct Myself Responsibly: Karnataka Speaker After Top Court's Decision

The Supreme Court said today that the Karnataka Speaker is free to decide on the status of rebel lawmakers whose resignations endanger the ruling Congress-Janata Dal Secular coalition. 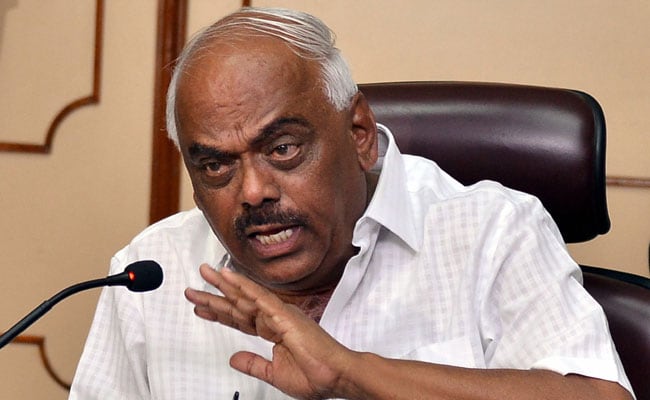 Karnataka Assembly Speaker KR Ramesh Kumar has welcomed the Supreme Court decision of giving him the freedom to decide on the resignations of rebel lawmakers. He said he will conduct himself responsibly in accordance with the principles of the Constitution.

The Supreme Court said today that the Karnataka Speaker is free to decide on the status of rebel lawmakers whose resignations endanger the ruling Congress-Janata Dal Secular coalition.

The court also said that the 15 rebel lawmakers of the state's ruling coalition "ought not" to be compelled to take part in the proceedings of the Assembly, which is slated to decide on the confidence motion moved by the HD Kumaraswamy-led government on Thursday.

The bench, headed by Chief Justice Ranjan Gogoi, also said the speaker is free to decide on the resignations of the rebel legislators within the time-frame decided by him.

"With utmost humility I welcome and respect the Supreme Court decision," Mr Kumar said soon after the top court pronounced its order on the issue that has pushed the state into political turmoil.

"The Supreme Court has put extra burden on me, I will conduct myself responsibly in accordance with constitutional principle," he told reporters in Kolar, his home town.

The Supreme Court, which said the Speaker's decision be put before it, was hearing the plea of 15 rebel Congress-JD(S) MLAs seeking a direction to the speaker to accept their resignations from the Assembly.

The court order comes a day before the Congress-JD(S) government faces a floor test which will end the suspense over the numbers game triggered by a raft of resignations by lawmakers of the ruling coalition.

While 16 lawmakers -- 13 from the Congress and three from JD(S) -- have resigned, two independent lawmakers S Shankar and H Nagesh have withdrawn their support to the coalition government.

With the support of the two independents, the opposition BJP has 107 lawmakers in the 225-member House, including the nominated lawmakers and Speaker.

If the resignations of the 16 legislators are accepted, the ruling coalition's tally will be reduced to 101.