"For Youngsters, WIFE Is Worry Invited For Ever": Kerala High Court Denies Divorce 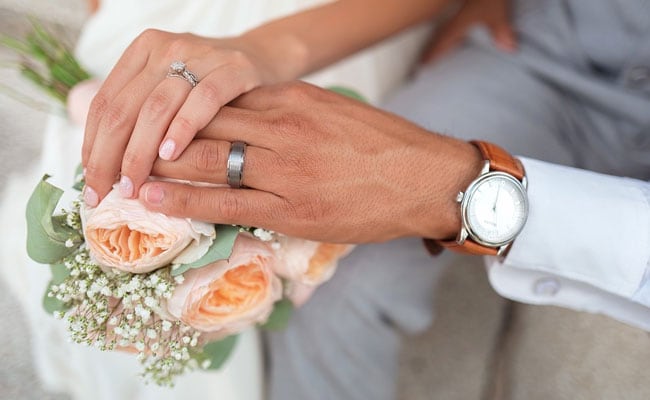 Slamming "consumer culture of use and throw", the Kerala High Court, while rejecting a divorce plea by a 51-year-old man, has made some sweeping observations, one of which says newer generations see marriage as "evil". Live-in relationships are on the rise, it underlines, worrying about "\conscience of the society".

A Division Bench of Justices A Muhammed Mustaque and Sophy Thomas delivered the judgment n August 24, while rejecting the man's appeal for divorce over alleged "matrimonial cruelty".

He has an extramarital affair since 2017, but "there is nothing to show that the chances of an amicable reunion are foreclosed forever" as his wife, 38, is willing to accept him back, the High Court order says, stressing the fact that the couple has three daughters.

"Nowadays, the younger generation think that marriage is an evil that could be avoided to enjoy free life without any liabilities or obligations. They would expand the word 'WIFE' as 'Worry Invited For Ever' substituting the old concept of 'Wise Investment For Ever'," reads the order.

The man was in the High Court after a family court rejected his petition as the wife — who lives with their daughters — disputed his claims that she assaulted him. The court said that under Divorce Act 1869, which applies to Christian marriages, the husband has not been able to prove any cruelty by the wife.

The couple — from Alappuzha district, but settled in Saudi Arabia for over a decade — got married in 2009. In 2018, the husband moved a family court for divorce.

But the man's mother stood by his wife, and is cited as one of the witnesses who "still want to see them live together along with their children".

"Kerala, known as God's Own Country, was once famous for its well-knit family bondage," the court order, authored by Justice Sophy Thomas, says, "But the present trend, it seems to break the nuptial tie on flimsy or selfish reasons, or for extra-marital relationships, even unmindful of their children."

"The consumer culture of 'use and throw' seems to have influenced our matrimonial relationships also. Live-in-relationships are on the rise, just to say good-bye when they fell apart," it adds.

And then it goes further, "The wails and screams coming out of disturbed and destroyed families are liable to shake the conscience of the society as a whole. When warring couples, deserted children and desperate divorcees occupy the majority of our population, no doubt it will adversely affect the tranquility of our social life, and our society will have a stunted growth."

In this particular case, "The normal human reactions or responses from a wife, on knowing that her husband was having illicit connection with another lady, cannot be termed as behavioural abnormality or cruelty from the part of the wife, so as to dissolve their marriage," the bench says.

It refuses to consider "mere quarrels, ordinary wear and tear of matrimonial relationships or casual outburst of some emotional feelings" as cruelties.