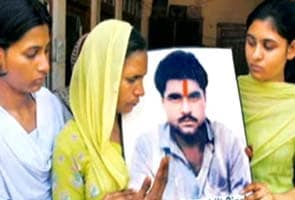 Islamabad: Why was Sarabjit Singh not considered a prisoner at risk, a leading Pakistani daily asked on Tuesday and demanded that the attackers of the Indian death row prisoner be brought to justice.

"It's a case of the syndrome from which Pakistan is frequently found to suffer: not taking care when there is time and then trying to patch up matters when they have gone wrong," said an editorial in the Dawn Tuesday after Sarabjit Singh was admitted to a Lahore hospital following a vicious attack on him at the Kot Lakhpat jail on April 26.

Sarabjit is in coma and his family has arrived in Pakistan on a special visa issued by the Pakistan government.

Police officials have said two prisoners were interrogated. The daily hoped that "even without the victim's statement the investigation is pursued with all seriousness and that the persons responsible are identified and punished".

"Indeed, conditions in Pakistani jails are deplorable to say the least. Overcrowding frequently means that petty offenders are made to share the same space with hardened criminals and are thus at risk. Moreover, the smuggling in of arms adds to the danger of jail brawls and attacks on other prisoners. This is an issue that needs to be addressed as part of the overall reform of jails," the editorial added.

It pointed out that Sarabjit Singh's case is different "because it is a high-profile one with political and diplomatic overtones as it involves the citizen of another country".

"The question that prison authorities must answer is why Sarabjit Singh was not considered a prisoner at risk," the daily asked.

"Sarabjit Singh's lawyer said the convict had received threats following the execution in India of Afzal Guru who was sentenced to death for an attack on the Indian parliament. The attack on Sarabjit Singh could easily have been prevented had jail authorities been more vigilant," it said.

Promoted
Listen to the latest songs, only on JioSaavn.com
"The one positive aspect is that Singh's family were given priority visas and allowed to see him in hospital. The only way this country can provide them closure is to identify the persons responsible for the attack on their relative and bring them to justice," the daily added.