Why Teachers In This UP District Take Selfies Before Class

The teachers post their picture on the official pages of their citiy's Basic Shiksha Adhikari to mark their attendance. 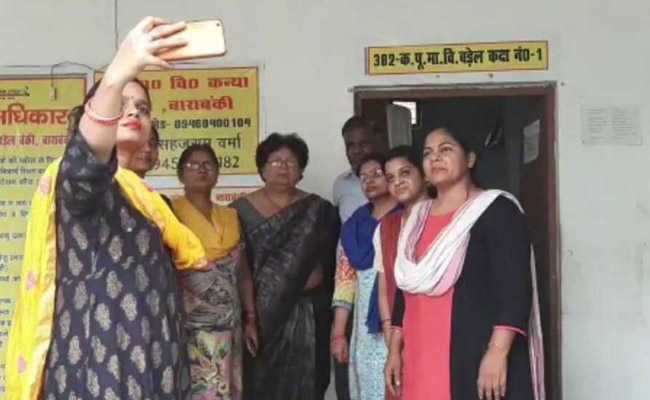 Teachers in UP's Barabanki are required to take selfies to mark their attendance.

Flooded with complaints about absent teachers in primary schools, officials in Uttar Pradesh's Barabanki district have introduced a new attendance rule. To mark their attendance, teachers will now have to click selfies that clearly show their schools in the background and post them on an official web page.

The teachers in government schools now take their selfies before stepping into their classrooms. Then, they post their picture on the official pages of their citiy's Basic Shiksha Adhikari (BSA) before 8 am. Important instruction for clicking the pictures: don't smile, look serious.

Medha Roopam, Chief Development Officer, told NDTV that she found half of the teachers absent during school inspections.

"We have received complaints about teachers not coming to schools. On carrying out inspections, we found that 50% of the teachers remain absent," Medha Roopam told NDTV.

In Barabanki alone, the salaries of 700 teachers have been cut for not following the selfie rule. Teachers, who have been fairly regular in attendance, say that that it is only fair.

"I think this is a good decision. Because of the defaulting teachers, the regular ones have to suffer," Deepika Singh, an assistant teacher, said.

The school principals don't have to worry about absent staff anymore. "The headmasters used to complain about the staff all the time. Now if they don't come to school, they will pay the price for it," Principal of Barabanki Primary School Ved Prakash Shrivastav said.