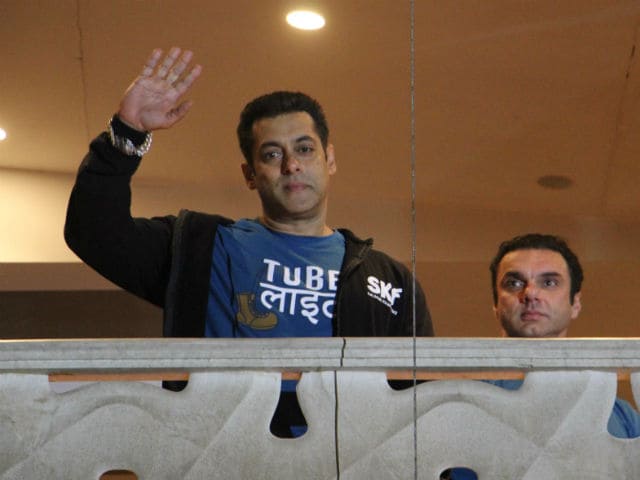 Salman Khan photographed at his apartment

New Delhi: Everyone knows that Salman Khan is a family man and loves to be surrounded by his parents and siblings. The actor has been living with his parents Salim and Salma Khan at their apartment in Mumbai's Bandra for years now. While his colleagues and other stars stay in luxurious bungalows, Salman prefers to live in the apartments as he has some fond childhood memories attached to the place and primarily because, his parents stay there. Salman, 51, said, "I love staying at my flat in Bandra over a big, luxurious bungalow because my parents live in the flat above mine. Ever since I was a child I have taken the same left turn or right turn and I would not have it any other way," Salman said in a statement, reports news agency IANS.

When Salman appeared with his brothers Arbaaz and Sohail on Karan Johar's chat show Koffee With Karan 5, he said that the family had been staying there for quite some time and later, they bought few portions of the building. Salman's building is called Galaxy Apartments and is most often surrounded by the Dabangg actor's fans, who come up to catch a glimpse of Salman.

"The entire building is like one big family. When we were little, all the kids of the building would play together in the garden below and sometimes even sleep there. Back then, there weren't different houses, all the houses were treated as our own and we would go into anyone's house to eat food. I still stay in the same flat because I have countless memories attached to that house," he said, reports IANS.

Salman Khan, who is currently awaiting the release of Tubelight, revealed these details on the singing reality show Sa Re Ga Ma Pa Li'l Champs Season 6. He appeared on the show to promote the film with brother Sohail Khan.