Meerut resident Chandrashekhar Tyagi and his family had come in a Tata Safari car similar to that of the former Congress chief, who was expected around that time. 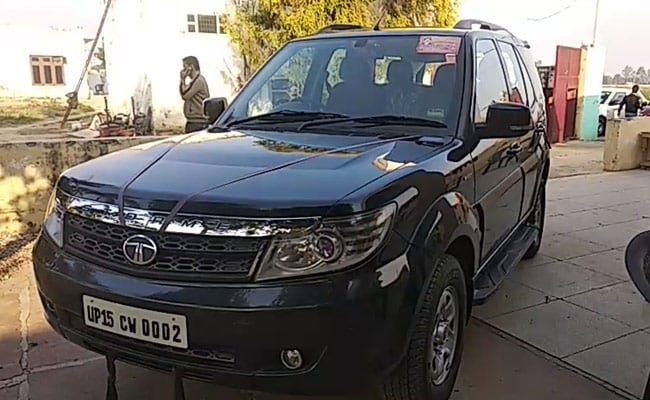 Security personnel at Congress leader Priyanka Gandhi Vadra's residence in central Delhi's Lodhi Estate let a family of five drive in uninspected through its gates last month because they believed that the car belonged to her brother Rahul Gandhi.

Meerut resident Chandrashekhar Tyagi and his family had come in a Tata Safari car similar to that of the former Congress chief, who was expected around that time. Changes have reportedly been made in Priyanka Gandhi's security detail in view of the "serious" breach, which occurred on November 25.

Priyanka Gandhi was provided security by the elite Special Protection Group (SPG) until the central government downgraded it to Z-Plus last month. Under the revised arrangement, she is protected by a large team of the Central Reserve Police Force (CRPF) instead.

According to sources, the Congress leader was strolling through the lawn when Mr Tyagi and his family, which also included a girl, drove to the porch of her residence. They then walked up to her and asked if she would mind posing for photographs with them. She obliged, and even exchanged pleasantries with the unexpected visitors.

"Yes, the security breach did happen, but hell didn't exactly break loose either. She (Priyanka Gandhi) chatted with them nicely, took pictures and amicably sent them on their way. But after that, others took up the matter with the CRPF," said a senior official from Priyanka Gandhi's office.

Union Home Minister Amit Shah also commented on the matter in the Lok Sabha today. "Rahul Gandhi and Robert Vadra had told the guards that their vehicles should not be touched. A message was sent out that Rahul Gandhi's vehicle was coming, but in its place came another car with Congress workers. An inquiry has been ordered, and three people suspended, in connection with this violation," he said.

Mr Tyagi claims that he is associated with the Congress in Meerut. His mother, Sharda Tyagi, said the family decided to call on Priyanka Gandhi because they were distraught over the downgrading of her security. "I was born in a Congress family, and am really dedicated to the party. I was deeply anguished to find that her security was left on regular home guards. I went there for the first time and saw this," news agency ANI quoted her as saying.