Why Is BJP "Sitting On" Crucial Files On National Security: P Chidambaram

The idea behind setting up of the NCTC, as a single, unified counter-terrorism agency, was conceived by Chidambaram as the then Home minister soon after the Mumbai terror attack in 2008, which claimed 166 lives. 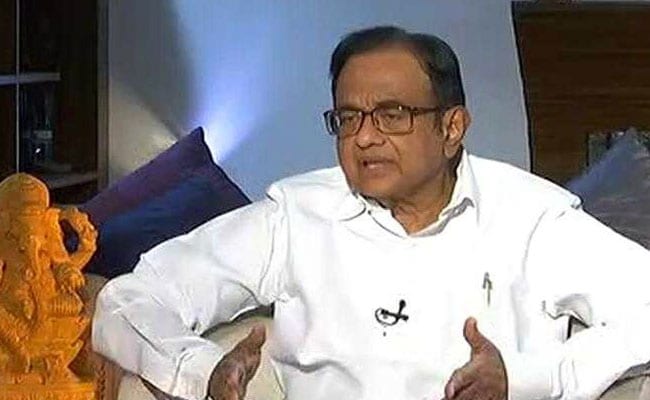 P Chidambaram accused the BJP of "sitting on" two key initiatives of the previous UPA government.

In a series of tweets, the former home and finance minister wondered whether the Narendra Modi government has not moved forward on the NCTC and the NATGRID because the two initiatives were conceived and started by the Manmohan Singh government.

"It is the BJP that has made India vulnerable to terrorist attacks by sitting on two vital initiatives for 5 years. Why has NATGRID not been operationalised in 5 years? Why has the National Counter Terrorism Centre (NCTC) been put on the back burner for 5 years?," he asked.

The idea behind setting up of the NCTC, as a single, unified counter-terrorism agency, was conceived by Chidambaram as the then Home minister soon after the Mumbai terror attack in 2008, which claimed 166 lives.

However, the move was opposed by several chief ministers, including Narendra Modi as the then Gujarat chief minister, alleging that such a structure will interfere with the functioning of state security agencies and it would be a threat to the federal structure of the country.

Even though the central government made several efforts to evolve a consensus by initiating talks with state governments, it received no response.

A political consensus even on a watered-down proposal for NCTC did not get favourable response from any quarters prompting Chidambaram''s successor in the Home Ministry Sushilkumar Shinde to say in 2013 that the anti-terror hub proposal seems to have gone into deep freeze.

The NATGRID, once fully operationalised, will connect data providing organisations and users, besides developing a legal structure through which information can be accessed by law enforcement agencies.

As per the plans, initially, 10 user agencies and 21 service providers will be connected. Later, about 1,950 additional organisations will be linked in the subsequent phases.

These data sources include records related to immigration entry and exit, banking and financial transactions and telecommunications. The agencies include the Intelligence Bureau, local police and revenue and customs departments.

While the clearance for the Rs 3,400 crore project from the Cabinet Committee on Security (CCS) came in 2011, it is yet to be operationalised.