Why I Am Speaking About My Gang-Rape - by Sapna Bhavnani 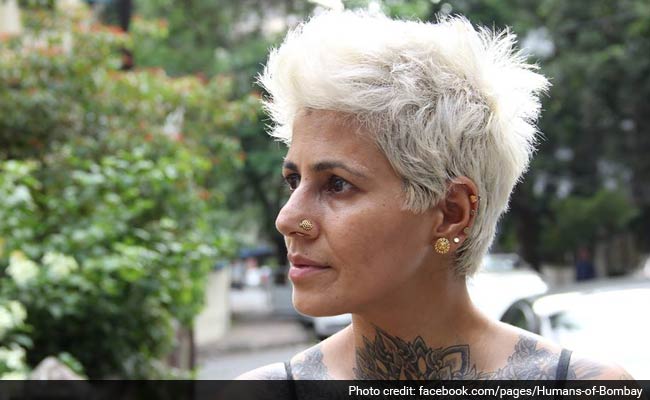 Sapna Bhavnani's picture and blog for Humans of Bombay has gone viral since it was posted yesterday with over 65,000 likes and 6,000 shares. Here is an excerpt: "One Christmas Eve in Chicago, I walked out of a bar alone late at night in a short dress and red lipstick. I was 24 and had been drinking, when from a dumpster a group of guys walked up to me and put a gun to my head asking me to give them blow jobs, eventually leading to gang rape. I remember walking home, showering and pushing this incident to the back of my mind for years and never letting it break my spirit - I still wear short dresses and the brightest red on my lips." (To read the entire post, scroll below)

Humans of Bombay is a Facebook community that says it 'catalogs the beat of the city, one story at a time.'

When we called Sapna to ask about what motivated her to share such a difficult experience on Facebook, she was on her way to get inked (as her picture shows, she has a bit of a thing for tattoos). She said she has started the process of "opening all the chakras in my body with tattoos".

NDTV.com: Why did you choose to do the Humans of Bombay shoot and share your story?

Sapna: You know, it's something I've been debating for a long time. Nirbhaya (the play by Yael Garber in which Sapna was among the women who recounted her ordeal onstage) was for a niche audience, where it would not reach the people I wanted it to. Last year, I quit the play. Reliving the process every day onstage was not healing at all. And it was making me more a victim of my circumstance. It didn't show me as who I am. Not as the woman I am today.Then, I did a show on Doordarshan because I felt to tell the story in Hindi would speak to the people I wanted it to speak to. And it really did. In villages where I work (she helps set up nursery schools and women's centres) people had seen the show. They would come up to me and tell me this.

Karishma of Humans of Bombay had been wanting to meet me, and so I met her. I didn't know exactly what she expected from me, or rather, what the blog was all about. She had seen the play and said "Do you want to talk about the play?" I was taken aback and then said "Ok".

NDTV.com: Did you imagine the Facebook blog would have this kind of reach?

Sapna: I kid you not, I had no idea this was going to happen. I thought maybe 1,000 people would like it. Just to read the comments on that page has baffled and delighted me; all these women sending messages of such support and positivity. Women who've been quiet, who are dealing with domestic violence and with low self-respect -they are telling me that this has helped them and given them self-respect. Because I've understood that they're not weak. I know so many feminists who haven't spoken out and are going through things every day. That's why it was important to say that last thing - no woman would ask to be beaten up, no woman ever said I want to sell my body and make a living, no one thinks a rape can happen to me.

In my blog, I say this - "It took me 20 years to voice my incident, but for me a woman keeping it all within her because she has no other choice isn't a sign of weakness - it's a mark of strength and something we need to start respecting." I thought it was important to say this because it happened to me. I could walk out, so many can't. And what happens to these women who stay? We label them as weak whereas I want to salute them.

NDTV.com: Is it difficult sharing things to personal and so painful with people who are strangers?

Sapna: I've been battling this for the longest time. Should I? Should I not? The more I have been watching the media, I knew the minute I came out with the story that I would be put on a pedestal and called a hero. And that's not what I wanted because I don't want to be a hero because something awful happened to me. So I thought let me start working on the grassroots level. And today I respect myself. I've made a difference. Today if I'm on a pedestal, I've actually earned it, beyond what happened to me. I'm tired of this definition as either victim or survivor. I'm neither. I'm me. Both terms have connotations. One means bechari, the other is often seen as just angry.  I'm none of those. I'm just me. Always have been.

I made sure I mentioned the lipstick, the short dress and the drunkenness (in my blog) because people tend to believe that if you did that, you deserve it. I wanted to make sure I said it. I still wear lipstick and short dresses, and I still don't deserve it. It was vital for me to say that.

Another thing: everyone says when something awful happens, "Let's kill the rapists". Nobody wants to talk about what we are doing for the survivors, how to integrate them back into normal life. And my goal in life is dedicated to that: I don't care about the rapist.  How do I help the survivor be ok without judgement?

I've never said this before, but I'm saying it now: today, if I had to meet my perpetrators, I have no anger towards them at all. I don't want to hang them. I have forgiven them. And if I can forgive this, the trolls can troll me, it won't matter. Healing begins when you let go of the anger. I don't want to chop their dicks off. If I met them, I would just say "have a nice day" and go about my business.

NDTV.com: What does empowerment mean to you?

Sapna: Just to be comfortable in your skin. Just to sink in, where it doesn't matter what ANYONE thinks. Even my mother. Even someone that close to me. It's so empowering and freeing to feel that...  I'm a roaring feminist and not ashamed of it. It's not a bad word, and I'm very proud of that. My idol Roxane Gay said -"I'd rather be a bad feminist than no feminist at all". These are words I live by.

"When I was 14, I used to talk to boys; drive motor cycles, smoke cigarettes and people in Bandra would often call me a...

Posted by Humans of Bombay on Wednesday, 8 July 2015