Who Are "Anti-Modi Leaders" In NDA? Upendra Kushwaha's Response 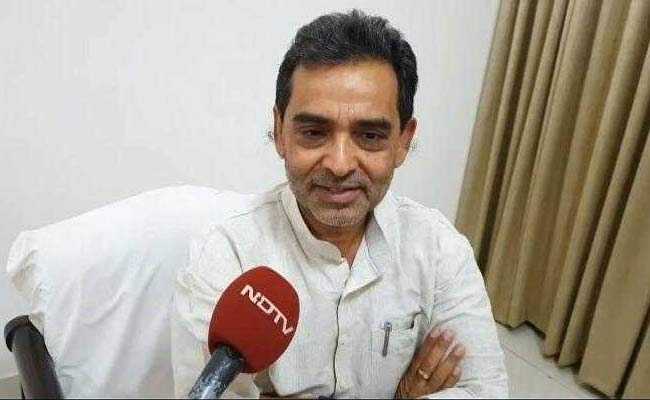 Union minister Upendra Kushwaha, who sowed discord with his claim about an anti-PM Modi leader in the Bihar NDA, has told NDTV that he had made the remark with full responsibility. Asked about the identity of the leader, Mr Kushwaha said he would reveal it in right time, but only before the Prime Minister or BJP chief Amit Shah.

On Friday, Mr Kushwaha had said there was a leader in Bihar NDA, who did not want Narendra Modi to head the government for another term. Refusing to name anyone, he said they intentionally spread rumours to trigger conflict in the alliance.

The comment was seen as a heavy hint about Chief Minister Nitish Kumar, who parted company with the BJP in 2013 after the party pitched Mr Modi, then the Chief Minister of Gujarat, as the NDA's Prime Ministerial candidate.

Insiders say Mr Kushwaha has probably been assured of his quota of seats in next year's general elections and hence, was not hesitant to ruffle feathers within the coalition.

In a recent seat share formula floated by the BJP, Mr Kushwaha's party was allotted two seats - the number it has now. The idea, however, was scrapped by leaders of Nitish Kumar's Janata Dal United, who suggested that Mr Kushwaha might be on his way out of the alliance.

With his recipe of kheer -- milk from the Yadavs and rice from the agrarian Kushwahas -- the Union minister had triggered buzz that he might change partners. Though Mr Kushwaha has denied any such move, the buzz has persisted.

Today, ruling out his back channel talks with Lalu Yadav's party which has openly invited him to join the opposition alliance, he said, "Right now, I'm with the NDA and don't want to comment on speculation".

Nitish Kumar's entry, Mr Kushwaha said, would help the NDA in the Lok Sabha. Asked about the assembly elections -- which would decide if Mr Kumar is in any position to help the NDA in Rajya Sabha as well -- he did not respond.

Asked would he accept Nitish Kumar as leader in the next assembly elections, Mr Kushwaha said, "When the time comes, I will tell you".