Gul Mohammad Mir was shot dead at his home last night in Verinag, a day ahead of the third phase of polling in the Anantnag constituency. 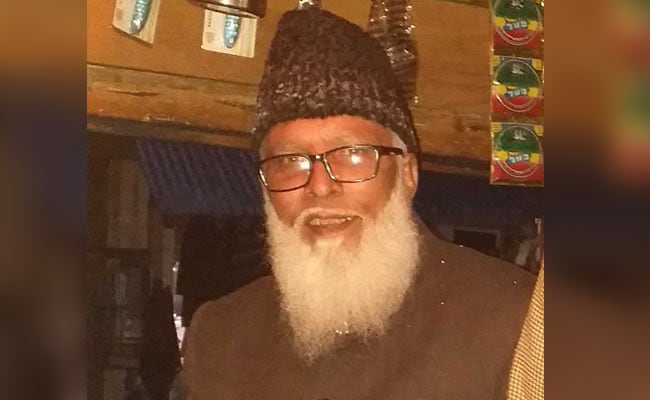 Omar Abdullah said withdrawing security before the sensitive election season was not advisable.

After the killing of BJP leader Gul Mohammad Mir by suspected terrorists in south Kashmir, serious questions of deliberate security lapses have been raised by his family as well as politicians in Jammu and Kashmir. The state BJP said that the security provided to around 40 other BJP workers had also been withdrawn through a decision taken earlier this year under President's rule.

Mr Mir was shot dead at his home last night in Verinag, a day ahead of the third phase of polling in the Anantnag constituency. The BJP district vice president was campaigning extensively in the troubled region.

His security was withdrawn two months ago. His family says that although they appealed for its restoration, it never happened. "He had two PSOs (personal security officers). Two months ago, those PSOs were withdrawn. They withdrew security to everyone," said Zahoor Ahmad Mir, son of the slain BJP leader.

Top political leaders, including Prime Minister Narendra Modi, have strongly condemned the killing. Official sources say two gunmen barged into his home late Saturday evening and snatched his car keys before firing at him. The killers later fled from the area, and the getaway car was found today.

The state BJP says his killing is caused due to the security lapse. "Mir had contested the 2008 and 2014 elections on a BJP ticket from Dooru constituency, but his security was unfortunately withdrawn," said party spokesperson Altaf Thakur, questioning the logic behind withdrawing security provided to mainstream political workers.

Altaf Thakur pointed out that the politician's house had been attacked by terrorists last September too.

National Conference leader Omar Abdullah also took to Twitter to condemn the administration's decision to withdraw security cover to politicians. "Not long ago, senior BJP leaders were bragging about how undeserving people had their security withdrawn in J&K. I'd warned against the decision then & yesterday's assassination of Gul Mohd Mir only confirms what I'd feared - it was a foolish decision disconnected from reality," he said.

Mr Abdullah also posted a letter written by the National Conference to the Election Commission on April 2, cautioning against withdrawing or downgrading security given to politicians during the polling period. It also said that the decision was taken at a meeting presided by the Chief Secretary despite having no mandate or locus standi in this connection.

Soon after PM Modi condemned the killing, state Governor Satya Pal Malik asked the chief secretary to investigate the killing of political workers and look into security lapses too.