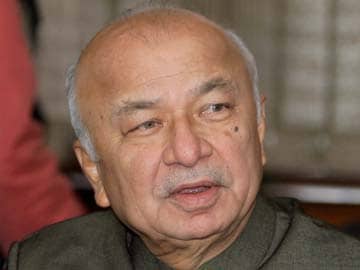 "Mr Shinde is a very seasoned politician," said Congress spokesperson Randeep Singh Surjewala. "All he was pointing out... in his local dialect... is that Mr Kejriwal does not understand the law or constitution," he added.

In Maharashtra yesterday, Mr Shinde referred to Mr Kejriwal as "the mad chief minister" whose two-day protest in the heart of the capital diverted the energy and attention of an over-worked police force. (Read: Home Minister secures new row by calling Kejriwal 'mad')

The Home Minister and the city's police were the twin targets of Mr Kejriwal's protest, which was launched as a 10-day demonstration but was aborted after two. The 45-year-old chief minister of Delhi wanted the suspension of five police officers who he has accused of negligence. Like his predecessors, he also said the city police must report to the state government and not the union Home Ministry. (Read: Arvind Kejriwal accepts Centre's compromise to end protest)

To persuade him to end his sit-in, he was assured of a fast-track inquiry against the policemen, two of whom were asked to proceed on leave.

The chief minister's Aam Aadmi Party (AAP) has described this as "a partial victory."

Its leaders have been demanding the removal of Mr Shinde from office for alleged corruption.
Comments
Sushil Kumar ShindeArvind KejriwalRandeep Singh SurjewalaCongressAAP