What not to do in a terror investigation: Home Ministry's admissions on Hyderabad blasts 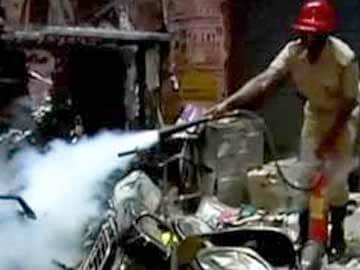 New Delhi: Investigations into a terror attack at Hyderabad's Dilsukhnagar in February, which left 19 dead and 126 injured, were a test case of what-not-to-do, thanks to competition between investigating agencies and a complete absence of Standard Operating Procedure, the Home Ministry has admitted for the first time.

The ministry has conceded a litany of flaws in India's terror investigations and emergency response in a background paper accessed by NDTV, which will be circulated at the Indo-US Homeland Security dialogue on Wednesday.

The Hyderabad twin bomb attack would have joined the long list of unsolved cases, the ministry admits, had it not been for the chance arrest of Indian Mujahideen co-founder Yasin Bhatkal in August. Bhatkal has allegedly detailed how the bombings were carried out.

The home ministry says in the first few hours after the attack, competition between agencies like the National Investigation Agency (NIA), the state Criminal Investigation Department (CID) and the state special force or Octopus commandos ensured no one shared information or had a complete picture of the attack.

"Information/ Evidence collected by various agencies were not shared with the local police or with each other. Each agency wanted to single-handedly investigate the offence and detect the case," the ministry accepts in the paper, adding that lack of Standard Operating Procedure assigning responsibilities compounded the chaos.

Promoted
Listen to the latest songs, only on JioSaavn.com
The ministry also reveals that some of the injured people who died in hospital may have been saved had their transfer and treatment been prompt. Traffic jams across the city delayed ambulances, leaving rescue workers to deploy state-run buses to ferry the injured to the hospital.

Visits by politicians also hampered blast investigations, the home ministry says. "Adequate bandobast (arrangements) had to be made for VVIPs visiting the blast site putting additional stress and strain on the police. Large crowds and the media disturbed the crime scene."