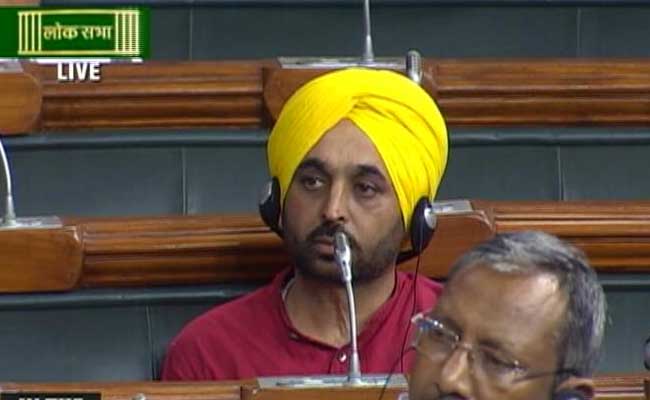 In a letter to Lok Sabha Speaker Sumitra Mahajan, Mr Mann said the Prime Minister was "100 times more guilty" than him for "inviting ISI" to probe the January 2 terror attack on the airbase that had left seven security personnel dead.

"In 2001, ISI attacked the Parliament Complex. And in 2016, it launched an attack on the Pathankot airbase. The PM invited the same ISI and took them around the airbase. ISI made maps of the airbase and left," Mr Mann alleged.

"Does this not threaten security of the country? Is my video a threat to the security of the nation or PM inviting ISI and taking them around the airbase is a bigger threat?

"The Committee should summon the PM along with me. If I am guilty, then the PM is 100 times more guilty than me," he alleged.

The panel had yesterday given the Sangrur MP time till July 28 to respond to the charge that his action had compromised security of the Parliament House complex even as it decided to seek the views of experts on the issue.

A five-member Joint Investigation Team had visited Pathankot in March to probe the attack carried out by Pakistan-based Jaish-e-Mohammed terror group.