Bengal Plans To Opt Out Of Centre's "One Nation, One Ration Card" Scheme

Citing "differences of opinion" with the Centre, a minister said the West Bengal government has already spent around Rs 200 crore for issuing digital ration cards. 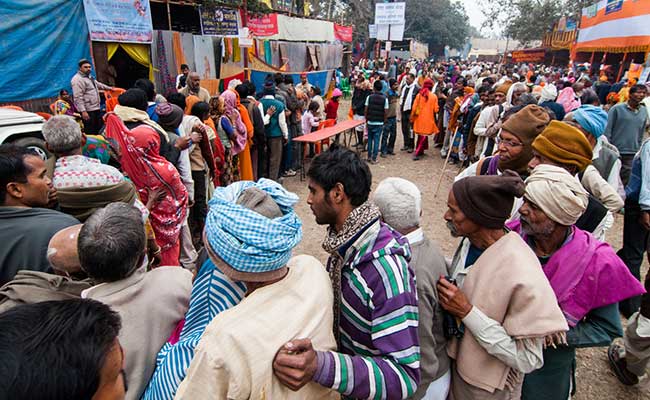 Under the scheme, beneficiaries can buy subsidised foodgrains from ration shops in the country.

The West Bengal government is planning to opt out of the Centre's 'One Nation, One Ration Card' scheme due to "differences of opinion" with the central government, a state minister said today.

Under the scheme, beneficiaries can buy subsidised foodgrains from ration shops in any part of the country. The system ensures that no poor is deprived of PDS entitlement even if that person shifts from one place to another.

"We have not received any intimation from the central government in connection with its 'One Nation, One Ration Card' scheme. There is no question of joining them (the Centre) in this matter," state Food Minister Jyotipriya Mallick said.

Citing "differences of opinion" with the Centre, the minister said the West Bengal government has already spent around Rs 200 crore for issuing digital ration cards.

"Who will give the amount back to us? We will not be implementing it," he added.

"Other than that, there is a huge amount of fund which we are due to receive from the central government... It has reached Rs 6,000 crore," he said.

Fund allocation to West Bengal is not the same as that of states like Punjab, though the eastern state happens to be the highest procurer of paddy in the country, Mr Mallick said.

"There is complete discrepancy which cannot be understood," the food minister said.

The Centre has given states and Union Territories (UTs) time till June 30, 2020 to roll out the ''One Nation, One Ration Card' scheme.

Under the AB-PMJAY launched in 2018, the central government aims to provide health protection cover to 50 crore poor people.