The meeting, the first of its kind by the Trinamool Congress, was attended by Chief Secretary Malay De, besides other senior officials of departments, including financial advisors and directors. 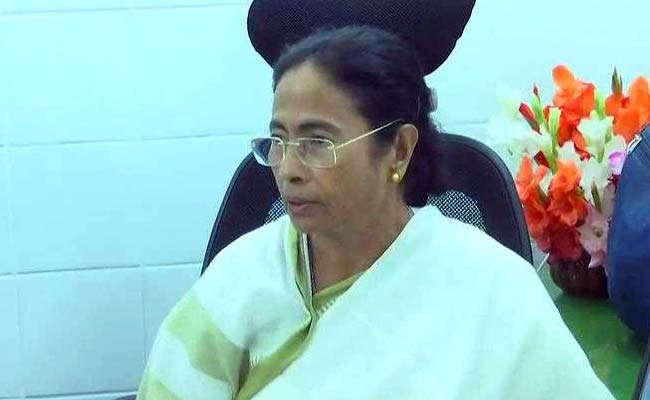 West Bengal Chief Minister Mamata Banerjee said on Thursday that her government plans to cut down on the expenses of various departments, and effectively utilise them for repaying loans and on schemes for public benefits.

Ms Banerjee, however, said that keeping a check on the expenditure would not have any affect on public schemes like 'Kanyashree'.

"We have to keep a check on the expenses by different departments. We must not spend money where there is no purpose for that. But, that does not mean that we will curtail funds meant for public services. We won't compromise on public schemes," she told reporters after a meeting on expenditure.

The meeting, the first of its kind by the Trinamool Congress, was attended by Chief Secretary Malay De, besides other senior officials of departments, including financial advisors and directors.

The state government had earlier this week issued a notification, asking its officers to curtail "avoidable expenditure".

The notification asked for curbs on frequent travel of officials to Delhi and other states, and holding conferences and meetings at star hotels.

The 'Circular of Economic Measures' spelt out measures such as using video conferencing, instead of calling district officials to Kolkata.

It proposed restrictions on the creation of new posts, purchase of new vehicles and offering expensive gifts. Stressing that the West Bengal government has to shell out Rs 5,000 crore to pay the DA for employees as well as Rs 46,000 crore to repay loans to the centre, Ms Banerjee said that the excess funds could also be utilised for these purposes.

So far, the state has repaid loans to the tune of Rs 2.24 lakh crore to the central government.

Ms Banerjee said various departments had performed well and as a result, the plan expenditure has gone up five times.

Ms Banerjee added that her government would initiate training for engineers at the PWD department in this connection.