Trouble erupted at a BJP rally when a private vehicle with a TMC flag drove into the crowd of people who had gathered to listen to Suvendu Adhikari, besides other party leaders. 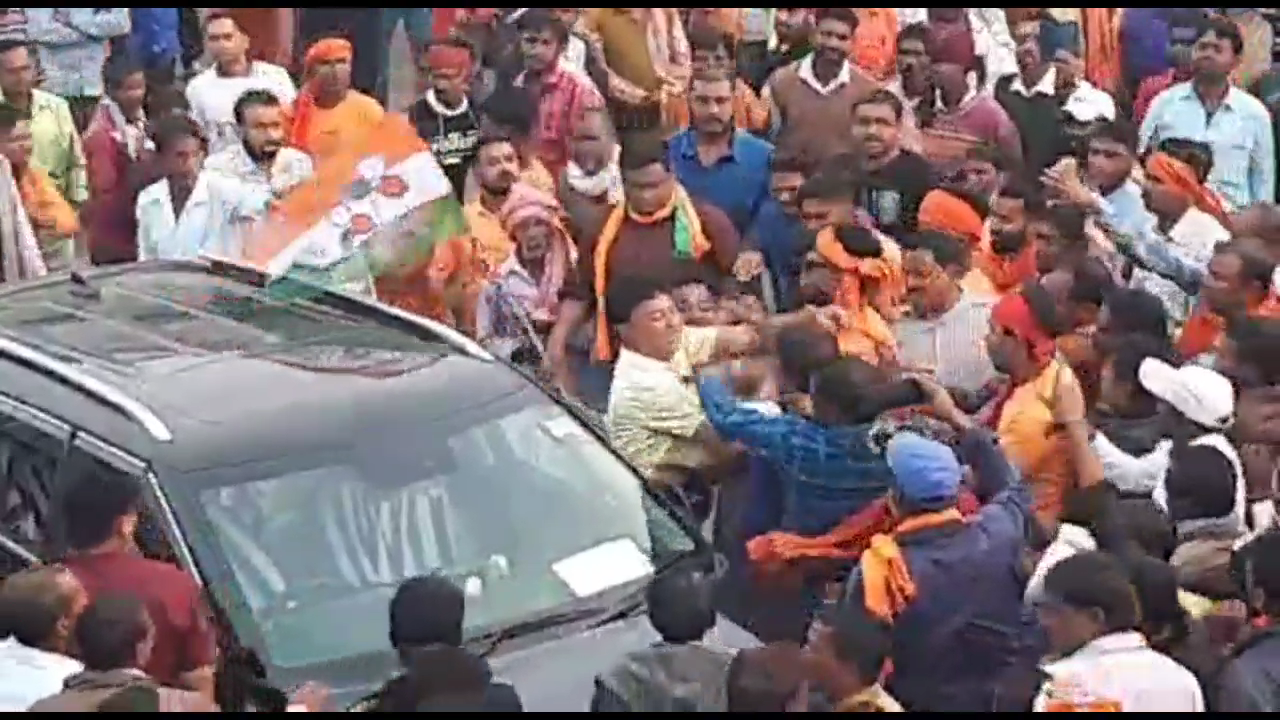 For a second time in the last three days, trouble erupted at a BJP rally starring, as it were, the former Trinamool Congress (TMC) leader Suvendu Adhikari, who switched sides last month.

After Sunday's road show in Purulia, some 250 km from Kolkata, Mr Adhikari and several other BJP leaders had just climbed on the stage and started delivering speeches when suddenly a private vehicle drove into the crowd of people who had gathered to listen to them.

What is more, the Trinamool flag was flying from the intruding vehicle.

BJP supporters immediately surrounded the private car and started raining blows on it. The Trinamool flag was grabbed and taken away.

The situation turned tense and Mr Adhikari had to appeal to his supporters to let the vehicle pass.

On Friday, at a rally at Nandigram, BJP state in-charge for party affairs Kailash Vijayvargiya had to stop speaking for almost 5 minutes when supporters in the audience started abusing some Trinamool leaders who were sitting on an adjacent stage, waiting to join the national party.

The BJP supporters did not want these Trinamool leaders to join the party. Stones and pieces of broken plastic chairs were hurled at the TMC leaders who were whisked away.

Mr Adhikari, who used to be a Trinamool Congress MLA from Nandigram, had to rush to the adjoining stage and calm tempers.

The two incidents signal increasing tension between the rival parties that are locked in an intense battle ahead of West Bengal state assembly polls in May.