Were J&K Local Polls A Success? Fact-Check In Report To PM's Office

Centre has claimed that a large number turned up to vote for the local body polls in Jammu and Kashmir because there was connect with the people. But figures on the ground indicate a sense of detachment in the Valley.

Poor voter turnout in recent Jammu and Kashmir local body polls has thrown up a grim picture as the central government attempts to establish grassroots democracy in the Valley.

Although the centre terms the polls held in Kashmir a "victory for democracy", a closer look reveals that the voter turnout was abysmal in many areas. It was worst in South Kashmir, where only 8 per cent people came out to vote. In simple terms, only 11,888 of the 1,47,578 registered voters showed up to vote. Officials link it to high levels of alienation.

The centre has claimed that a large number turned up to vote for the local body polls because there was connect with the people. But figures on the ground indicate a sense of detachment in the Valley. 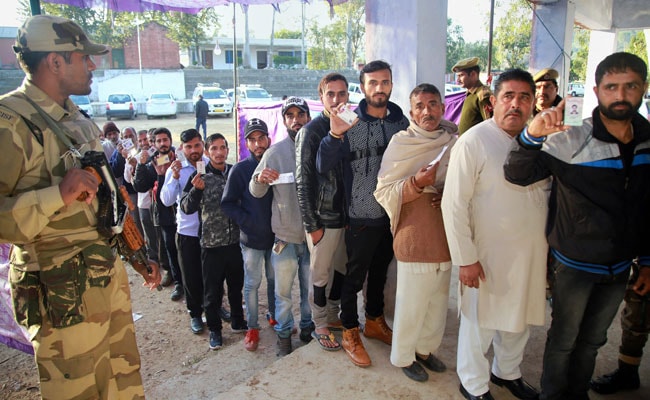 Many candidates also kept away. Figures reveal that 823 of 2,382 wards remained vacant and 763 sarpanches or village council heads were elected unopposed. So the panchayat elections were actually held only in 802 wards. Even in these, 2,073 candidates though there had been 2,803 nominations.

A senior bureaucrat said participation was low because the people were unhappy with the political situation in the Valley. "Although the panchayat elections were held on a non-partisan basis, there was little competition because the two major regional parties in the state -- the People's Democratic Party and National Conference -- had decided to stay away," he said.

However, Central Kashmir and North Kashmir scored better polling percentages than South Kashmir's 8.1 per cent, registering 46.3 per cent and 51.1 per cent. 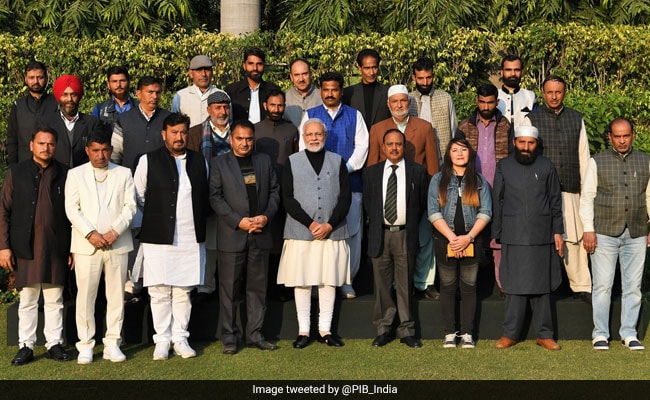 The Home Ministry claimed that 74.19 per cent people participated in the panchayat elections, but that turns out to be the figure only for wards where there was any contest. The total number of votes polled were just 28,10,158 of the electorate count of 59,57,953. "The government provided a misleading poll percentage by only taking into account the wards where actual contests took place. They did not count the seats that remained vacant or where the representatives were elected unopposed," a senior officer said.

A report of the elections reportedly sent to the Prime Minister's Office, however, categorically mentions that only 10 per cent panch wards and 35 per cent sarpanch wards went to the polls.