In Delhi, the air quality deteriorated marginally on Monday and no improvement is predicted over the next three days. 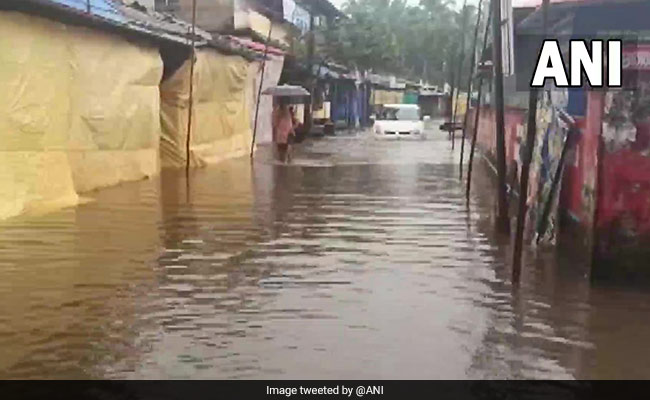 Heavy rains hit parts of south India on Monday, resulting in the death of three people and widespread property damage in Kerala, while Kashmir in the north reeled under sub-zero night temperatures.

In Delhi, the air quality deteriorated marginally on Monday and no improvement is predicted over the next three days even though the share of stubble burning in the city's pollution stood at 10 per cent, the lowest since Diwali (November 4).

The Ministry of Earth Sciences' forecasting agency SAFAR said the air quality is unlikely to improve on Tuesday as the transport-level wind speed is increasing resulting in more intrusion of stubble burning-related pollutants into Delhi.

In Rajasthan, the Jaipur weather office said isolated places in the south-eastern parts of the state are likely to receive rains in the next few days.

According to the weather office, the temperatures are unlikely to change much in the next 48 hours.

Several areas in Kashmir were engulfed by a layer of fog on Monday morning as the mercury went below the freezing point. Srinagar recorded a low of zero degree Celsius -- up from minus 0.9 degrees Celsius the previous night.

The wintry conditions in Kashmir have set in much ahead of the beginning of the extreme harsh weather conditions, which usually start around the third week of December. The meteorological department has said the weather is most likely to remain dry till November 20.

In Kerala, the IMD has issued an orange alert for the districts of Ernakulam, Idukki, Thrissur, Kozhikode, Kannur and Kasaragod. The state Disaster Management Authority informed that in the last 24 hours, the districts of Kollam, Kottayam, Thiruvananthapuram, Idukki and Thrissur were affected the most.

Two toddlers lost their lives in separate rain-related incidents in Kannur and Thrissur districts. A driver was killed in a mudslide incident in Ernakulam.

As per the weatherman, Kerala has received 833.8 mm rain during the period of October 1 to 15, while the normal average rainfall was 407.2 mm. There is a departure of 105 per cent.

Many universities in the state postponed exams scheduled for Monday and Tuesday due to the incessant rainfall while collectors of seven south central districts have declared holiday for all educational institutions, including professional colleges, on Monday.

The authorities also warned the fishermen not to venture into the sea as strong wind with speed reaching 40-50 kmph gusting to 60 kmph is likely to prevail over the Kerala coast.

'What About Bengal?': Tripura's Rebuttal To Communal Violence Plea