The Met Department is collecting data related to land use, land cover, housing and economical capacity of people to cope with the situation 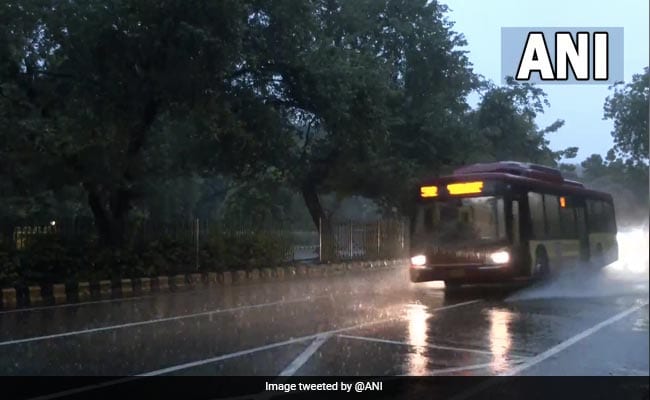 Delhi has witnessed seven heavy rain events this monsoon so far, highest in a decade.

The India Meteorological Department (IMD) is collecting high-resolution exposure data, including information about roads, topography and social-economic condition of people, for Delhi-NCR to be able to predict the impact of extreme weather events precisely.

The high-resolution exposure data includes information related to land use, land cover, housing, economical capacity of people to cope with the situation. So, it will be different for Chanakyapuri and for Najafgarh, senior IMD scientist R K Jenamani told PTI.

Exposure data refers to who and what may be affected in an area in which hazardous events may occur.

"Once we have details of Delhi's topography, underpasses, roads and others, we will be able to tell whether a particular place at Dhaula Kuan, INA or Safdarjung is likely to face a certain kind of problem. We are collecting this data now so that we can tell which areas are likely to be affected," he said.

"The public also wants to know this. Nobody wants to leave his vehicle stuck in the water and request someone to pull it out," Mr Jenamani said.

At present, the IMD is predicting only generic impact without taking high-resolution exposure data into account. This is stage one and stage two of the impact-based forecasting and risk-based warning system of the World Meteorological Organisation (WMO).

"When we move to stage three and four, we will get detailed information about roads, topography, low-lying areas, socio-economic conditions, slums, and where the kutcha houses or pucca houses are," the scientist said.

Stage three and four are based on running higher-resolution weather models, strengthening observation networks and adding the high-resolution exposure data, he said.

"We started using the impact-based forecasting and risk-based warning system last year, but we began collecting high-resolution data at the start of this year. We are now digitising this data. The IMD is developing 'Urban Meteorological Services' for Delhi-NCR. It may take some time but it is the solution we are looking for," Mr Jenamani said.

"Now, when the temperature soars to 46 degrees Celsius-48 degrees Celsius, we say 'heatwave over Delhi'. But the Urban Meteorological Services will tell in terms of sub-zones exactly which place will be the hottest because of the urban heat island effect and concrete structure. That is the objective," he said.

Stage one and two just have a fixed threshold like heavy to very heavy rain and a fixed kind of impact, Mr Jenamani said.

"Check for traffic congestion on your route before leaving for your destination. Follow any traffic advisories that are issued in this regard. Avoid going to areas that face water logging problems often," it states.

In 2015, the WMO issued guidelines on ''Multi-Hazard Impact-Based Forecast and Warning Services'' which are based on the premise that it is no longer enough to provide a good forecast or warning of what the weather will be. People need information on what the weather might do, and how to ensure their safety and protection of their property.

Delhi has witnessed seven heavy rain events this monsoon season so far, the highest in a decade, and these spells account for more than 60 per cent of the rainfall recorded in the city, according to the IMD data.

Experts say the increase in the number of days witnessing heavy rain events in many parts of the country is directly linked to climate change.

The downpour in Delhi on Saturday caused extensive waterlogging that affected operations at the airport, and left passengers trapped in vehicles in flooded underpasses.