'We Should Not Disregard Our Ancient Texts': ISRO Chief 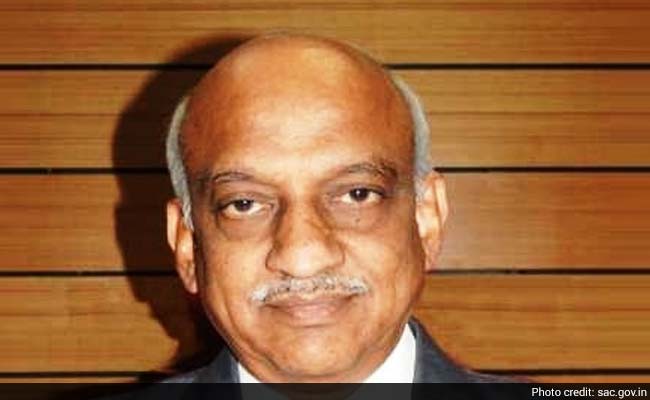 AS Kiran Kumar said science as it is known today is of relatively modern origin but the traditions out of which it had emerged "reach back beyond recorded history."

Manipal (Karnataka): Stressing that the country's pride resides in its glorious heritage, Indian Space Research Organisation (ISRO) Chairman AS Kiran Kumar today said its ancient texts which could yield vital knowledge, if verified, studied and researched properly, should not be disregarded.

Mr Kumar said science as it is known today is of relatively modern origin but the traditions out of which it had emerged "reach back beyond recorded history."

"It has evolved over many centuries and has now come to be described in terms of a well-recognised and well-defined series of steps.

"Widely accepted contemporary scientific theories, discoveries and inventions addressing fundamental issues of life and existence constitute the basis of modern scientific explanations," he said in his convocation address at the Manipal University.

He stressed, "We should not disregard our ancient texts which could yield - if verified, studied and researched properly - vital knowledge."

In this context, he noted that Nobel prize winner for medicine Chinese scientist Tu Youyou had attributed some of her research success in developing path-breaking anti-Malarial drugs to herbs mentioned in more than 1,500 year old Chinese texts.

Citing another example, Mr Kumar said on analysing previous research data from approximately 18,000 subjects, researchers have found that acupuncture was more effective than standard western care while treating various types of pain, including migraines and chronic back pain.

Similarly, the practice of meditation and Yoga was believed to help "still the mind" and reach a heightened level of awareness, improving health and well-being as a by-product.

A recent study of Harvard Medical School scientists revealed how this mind-body/practice could affect genes that control stress levels and immune function.

After observing the high-stress individuals as they followed the study's prescribed Yoga and meditation practices, the team noticed an improved mitochondrial energy production, utilisation and resilience, which helped reduce the stress linked to hypertension.