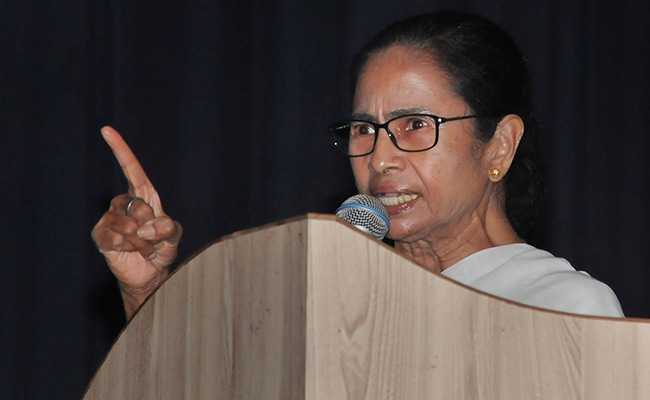 Mamata Banerjee said the ground water level has gone down and it is happening because of global warming.

Referring to the severe water crisis in Chennai, West Bengal Chief Minister Mamata Banerjee Friday said the state too is affected and stressed on the need to stop wastage of water.

Ms Banerjee said the ground water level has gone down in some blocks of West Bengal and it is happening because of global warming.

"Chennai is facing a major water crisis and people are not getting water there.... We have conducted a survey and found that ground water level has gone down in some blocks in West Bengal," she said at the state Assembly.

"Jal Dharo-Jal Bharo" project was launched during in 2011-12 to preserve water resources by large scale harvesting of rain water as well as arresting runoff of surface water.

"I believe that this is another big problem of the society. Each people's representative should spend at least one minute to speak on this issue during their speeches and appeal to the people to save the environment," she added.

The chief minister said people misuse several things like water and electricity and they have to stop that practice.

"While passing through the streets, I have seen how water is wasted. People are not bothered to turn the tap off. I think we all should take the initiative in putting a stop to such a wastage. There should not be any political colour to this initiative. Save energy, save earth, save environment, save water because water is life," Ms Banerjee said.

She urged farmers to choose cultivating crops or vegetables that require less water in areas where ground water level has gone down.