The lyrics of the popular song "Ae Watan" signify the love of the countrymen towards the nation. 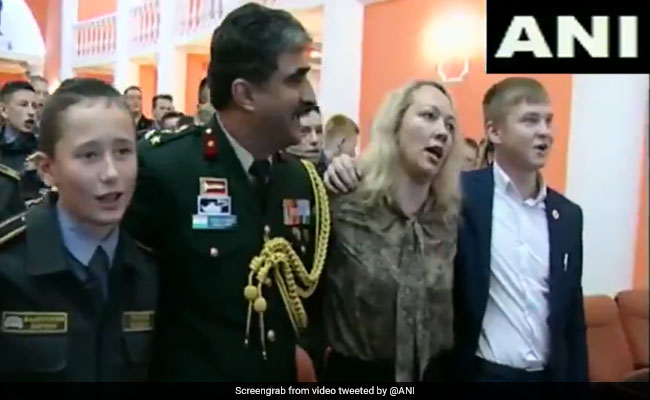 In their military dresses, the Russian cadets sing the song as they sway together in sync.

Russian military cadets sang famous Indian patriotic song "Ae Watan" at an event in Moscow. The function was attended by the members of Indian Armed Forces.

In their military dresses, the cadets can be seen singing the song and swaying in sync.

The lyrics of the popular song "Ae Watan" signify the love of the countrymen towards the nation.

Brigadier Rajesh Pushkar, the Military Advisor at the Indian Embassy in Moscow, can also be seen in the video singing along.

The popular song, sung by Mohammad Rafi, is from the 1965 movie "Shaheed".

The video of the song is being widely-circulated on social media. "Great", "Awesome", "Jai Hind", "Salute", "Proud Moment", "Beautiful", "Goosebumps" are some of the comments on the viral video.