Of the 15 limited series production helicopters approved, 10 are for the IAF and five for the army 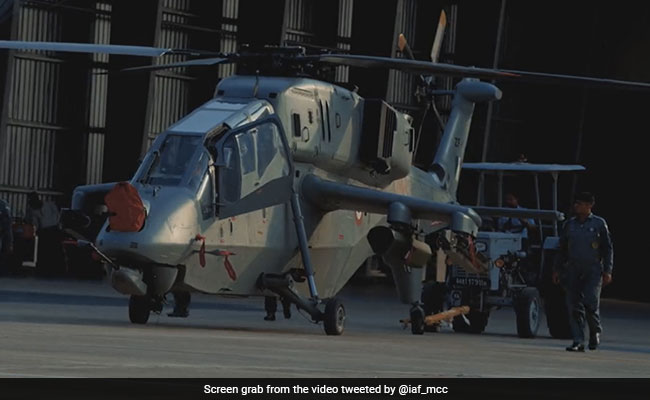 The induction ceremony will be led by Defence minister Rajnath Singh

The Indian Air Force is set to formally induct the Light Combat Helicopters (LCH) at the Jodhpur air force station on October 3. Today, IAF released a teaser video of the LCH on its official Twitter handle with the caption "Coming soon to an IAF base near you in the Western sector." Developed by Hindustan Aeronautics (HAL), the new killing machine LCH is capable of aerial combat and it will help the force combat slow-moving aircraft, drones and armoured columns during conflicts.

The induction ceremony will be led by Defence minister Rajnath Singh who has played a crucial role in progressing cases for buying indigenous platforms for forces. He was also present in the Cabinet Committee on Security which cleared the purchase of 15 of these LHCs for the air force and the army.

Coming soon to an IAF base near you in the Western sector.

Of the 15 limited series production helicopters approved, 10 are for the IAF and five for the army. It can land and take off from an altitude of 5,000 metres with weapons and fuel, the officials said.

The choppers have been flown extensively in Ladakh and the desert sector to meet the requirements of the armed forces.

The IAF has inducted multiple helicopters to its fleet in the last three-four years with the induction of the Chinooks, Apache attack helicopters and now the LCHs.