India's Warships Can Now Refuel And Rearm At Singapore Naval Base

The increased defence cooperation between India and Singapore has to be seen in the context of the major military challenge that they face from China.

New Delhi: In a combined effort to counter the increasing presence of the Chinese Navy in South East Asia and the Indian Ocean region, India and Singapore today took their military relationship much further with the island nation asking Delhi to dock its ships, when needed, at its Changi Naval base. This means that Indian Navy ships sailing through the disputed South China Sea or in the eastern waters of the Andaman Sea will be able to refuel, restock and, if needed, rearm at Singapore's latest naval base before continuing their mission. This means the Indian Navy will be able to directly engage Singaporean authorities when they need to use their facilities unlike the present structure where a request has to be sourced from the Indian Navy to the government of Singapore through the Defence Ministry and then the External Affairs Ministry, a process that can take weeks if political clearances need to be obtained in Singapore.

"I would respond categorically - not only would we be more comfortable, we would encourage the Indian Navy to visit Changi Naval base more often" said Singapore's Defence Minister Dr. Ng Eng Hen who also stated that India would reciprocate the logistics support when Singaporean vessels operate in Indian waters in the Andaman Sea and elsewhere. The Air Forces of both countries have been conducting joint drills at the Kalaikunda Air Base in West Bengal.

In the last five years, the Chinese Navy has been deploying regularly into the Indian Ocean. These sorties have involved the deployment of nuclear-powered attack submarines, a source of concern for the Indian Navy which relies heavily on real-time inputs from partner nations such as the United States on the movement of Chinese warships and submarines in the direction of the Indian Ocean. To break into the Indian Ocean, Chinese submarines have to cross through either the Malacca straits off Singapore, or the Lombok, Sunda or Ombai Straits in Indonesia. In October, the Indian Navy decided to deploy warships on a continuous basis at these critical oceanic choke-points to keep track of the movement of Chinese vessels. The availability of an extra base at Changi in Singapore will now give the Navy additional flexibility to operationally field its warships in the region throughout the year. 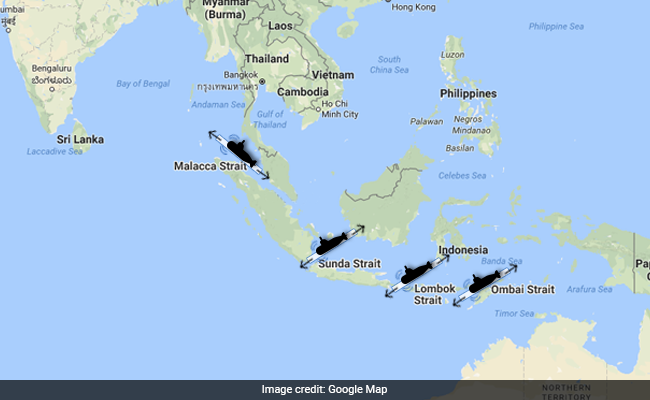 The increased defence cooperation between India and Singapore has to be seen in the context of the major military challenge that they face from China. The number of warships and submarines commissioned by India and Singapore pales in comparison to what China has been able to deploy over the last 2 decades. Though low on numbers, the Singapore Navy operates state of the art European submarines and warships meant to ensure that trade can continue unimpeded through waters around the Malacca Straits, one of the biggest shipping lanes in the world. 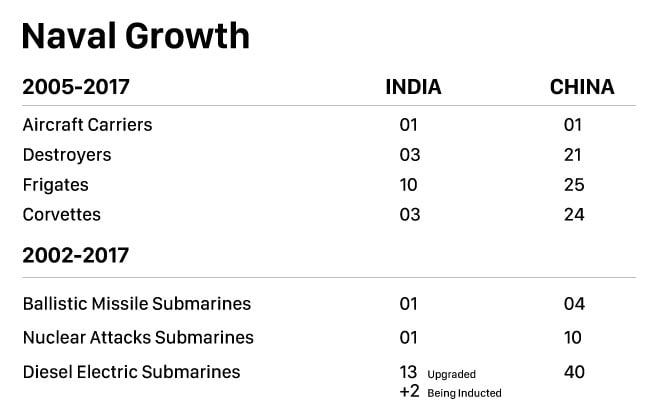 Over the last 12 years, China has commissioned at least one aircraft carrier, 21 frontline destroyers, 25 frigates and 24 corvettes in its surface fleet. Since 2002, it has added at least 10 nuclear attack submarines or ballistic missile submarines to its underwater fleet while in the last 20 years, China has added 40 advanced conventionally powered submarines, some of which have been spotted during deployments in the Indian Ocean.

Promoted
Listen to the latest songs, only on JioSaavn.com
By comparison, in the last 12 years, the Indian Navy has commissioned one new aircraft carrier, three destroyers, 10 frigates and three corvettes. In the last two decades, India has added two nuclear-powered submarines while two conventionally-powered submarines are on the verge of induction. However, during the same period, all of India's 13 operational submarines have been substantially upgraded to make them formidable undersea platforms.