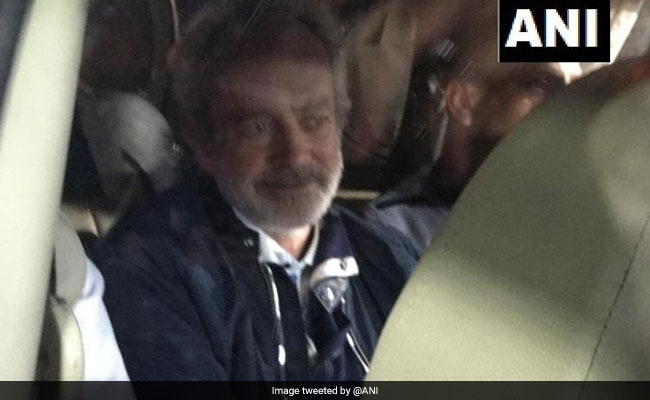 AgustaWestland Chopper Deal: Christian Michel, 54, to to be produced in court today

The alleged middleman in the AgustaWestland chopper deal, Christian Michel, was extradited from Dubai and landed in New Delhi late Tuesday night and was taken to CBI headquarters. Michel was reportedly questioned at the headquarters at night. He was produced in a Patiala court today afternoon. Michel's extradition came through after foreign minister Sushma Swaraj spoke to her United Arab Emirates or UAE counterpart Abdullah bin Zayed in capital Abu Dhabi. India is investigating charges that Michel, a British national, organised bribes to push a Rs 3,600-crore contract for VVIP helicopters to be purchased by top Indian leaders.

The AgustaWestland case involves a deal to purchase 12 luxury helicopters for use by President, Prime Minister, former prime ministers and other VIPs. Michel was arrested in UAE last year on the basis of an Interpol notice and was out on bail.

Here are the highlights on the extradition of Christian Michel in the AgustaWestland case:

Dec 05, 2018 17:30 (IST)
Christian Michel during questioning by CBI complained of anxiety after which he was given medicine: CBI sources told ANI
Dec 05, 2018 17:11 (IST)
The CBI, which produced Michel in court this afternoon after questioning him all night since his arrival in Delhi on a special flight, wanted his custody for 14 days.
Dec 05, 2018 16:57 (IST)
Advocate Aljo K Joseph is appearing for Christian Michel. CBI Counsel Advocate DP Singh said before the CBI Special Court, "We need his (Christian Michel) police custody to confront him with some important documents. Money was transferred in two Dubai based accounts."
Dec 05, 2018 16:55 (IST)
Christian Michel has moved a bail plea. Court kept this bail plea pending for next hearing and remanded him to 5-day CBI custody. Court also allowed his counsel one hour in the morning and one hour in the evening for consultancy, reported news agency ANI. 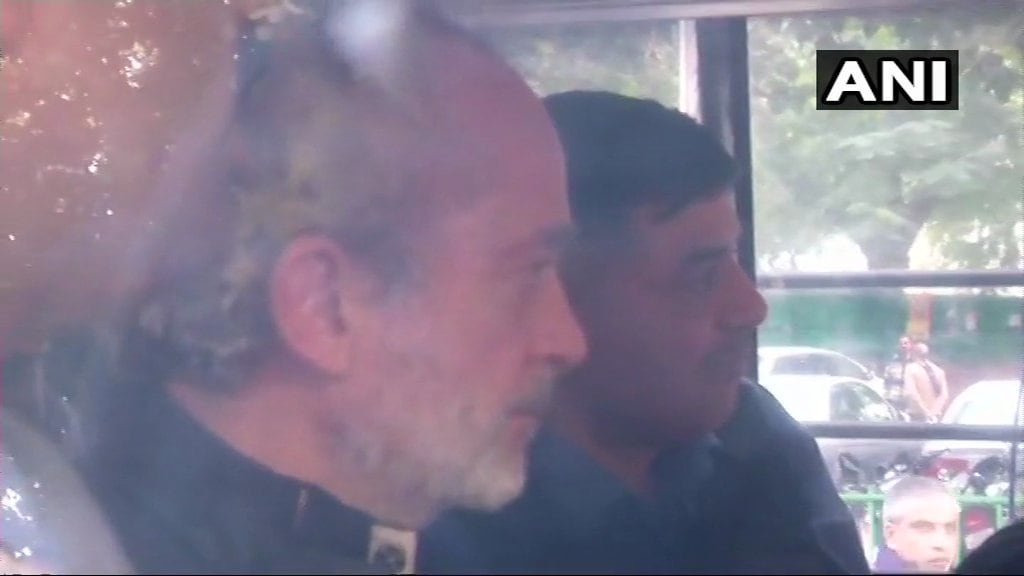 Dec 05, 2018 16:53 (IST)
BREAKING: Christian Michel sent to 5day CBI custody after he was produced in court.
Dec 05, 2018 14:16 (IST)
Security tightened at Patiala House court complex
Security has been tightened at the Patiala House court complex where Christian Michel, the alleged middleman in the Rs 3,600-crore AgustaWestland VVIP chopper deal, would be produced, reported news agency Press Trust of India.
Dec 05, 2018 14:08 (IST)
"VVIP helicopter scam took place during UPA rule," says PM Modi
"The VVIP helicopter scam took place during the UPA rule. We investigated the scam after coming to power and caught one of the accused. You must have read in the papers that the government has got him extradited from from Dubai. Who knows what secrets will tumble out once he starts talking?" PM Modi said.
Dec 05, 2018 14:07 (IST)

Read Here: PM Modi Targets Congress, Says Wait For VVIP Chopper Scam Accused Christian Michel To Spill Secrets
Prime Minister Narendra Modi took on the Congress over the extradition of Christian Michel, the alleged middleman in the AgustaWestland chopper deal who was brought to New Delhi on Tuesday night.
Dec 05, 2018 11:54 (IST)
AgustaWestland Case: "They have no other issues": Amit Shah hits out at Congress
After the extradition of Christian Michel, BJP chief Amit Shah hit out at the Congress in a press conference.
"Congress doesn't have any other issues. Shouldn't we catch people who are wrong? What do they want? To protect them?" Amit Shah said. 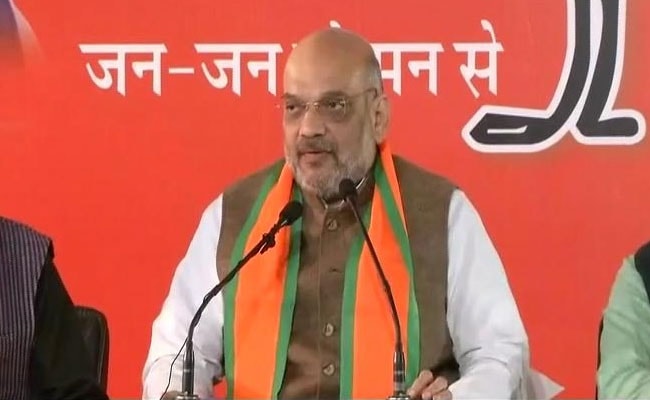 Read Here: VVIP Chopper Case Accused Christian Michel Brought To Delhi: 10 Points
Christian Michel, the alleged middleman in the AgustaWestland chopper deal extradited by Dubai, landed in New Delhi late Tuesday night and was taken to the CBI headquarters, where was questioned through the night. He will be produced in a court this morning. India is investigating charges that the British national organized bribes to push a 3,600-crore contract for VVIP helicopters to be purchased for top Indian leaders. His extradition came through on a day Foreign Minister Sushma Swaraj held discussions with her UAE counterpart Abdullah bin Zayed in Abu Dhabi.