Voting Percentage Today: Polling is underway for Phase 3 Lok Sabha elections 2019 in which 13 states and two union territories are voting to elect representatives on 117 seats.

Election 2019: The voting for Phase 3 elections began at 7 AM and continued till 6 PM.

Voting for Phase 3 of Lok Sabha Election took place today in 13 states and two union territories to elect representatives on 117 seats. The states where voting took place are Gujarat, Kerala, Maharashtra, Karnataka, Uttar Pradesh, Chhattisgarh, Odisha, Bengal, Bihar, Assam, Goa, Jammu and Kashmir and Tripura; the Union Territories are Dadra and Nagar Haveli and Daman and Diu. The voting for Phase 3 elections began at 7 AM and concluded at 6 PM. Among the prominent candidates for Phase 3 Lok Sabha elections 2019 are the presidents of the two main political parties, BJP chief Amit Shah making his Lok Sabha election debut from Gandhinagar in Gujarat and Congress president Rahul Gandhi contesting from Wayanad in Kerala. The Lok Sabha election result will be declared on May 23. Check the LIVE Updates of the Phase 3 Lok Saha Polls 2019 here.

In Karnataka, 67.18 per cent voters turned up to vote. 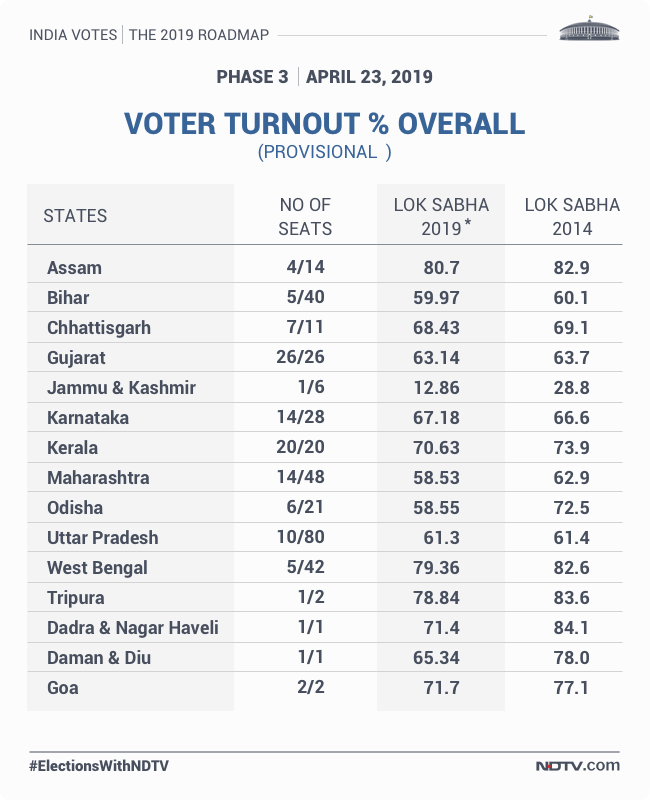 Uttar Pradesh, where 10 constituencies voted today, saw a voter percentage of 61.3 per cent.

Odisha saw around 58.55 per cent voting. 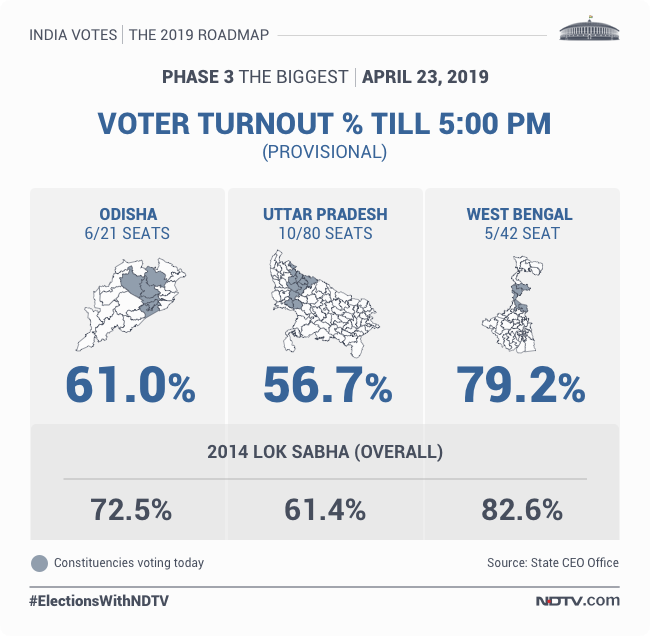 In Maharashtra, 58.53 per cent polling was recorded in 14 constituencies of the state. 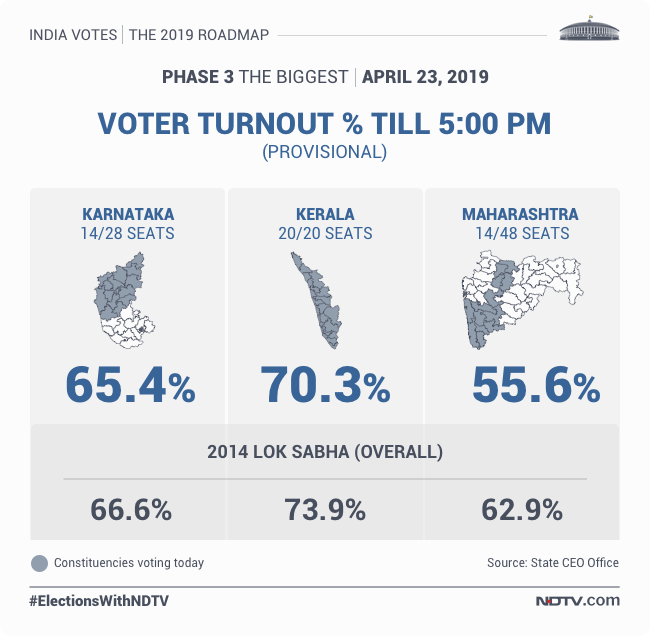 Chhattisgarh saw a voting percentage of 68.43 per cent.

12.9 per cent voting was recorded in Jammu and Kashmir's Anantnag till 5 PM. 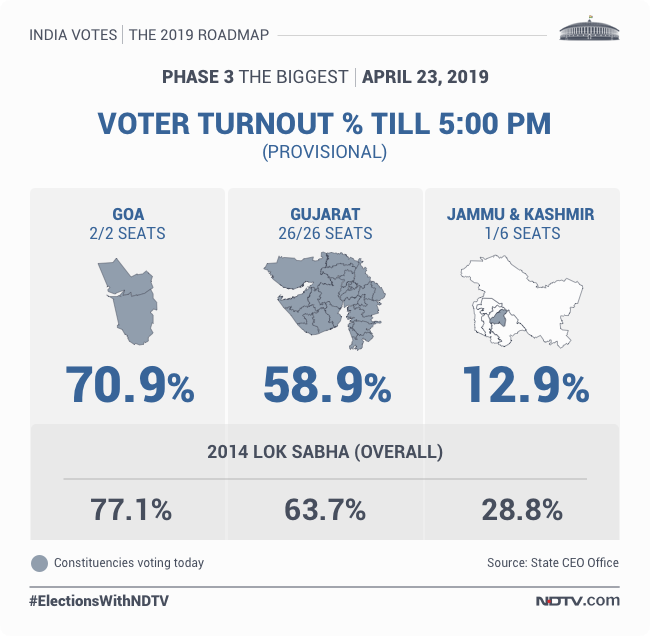 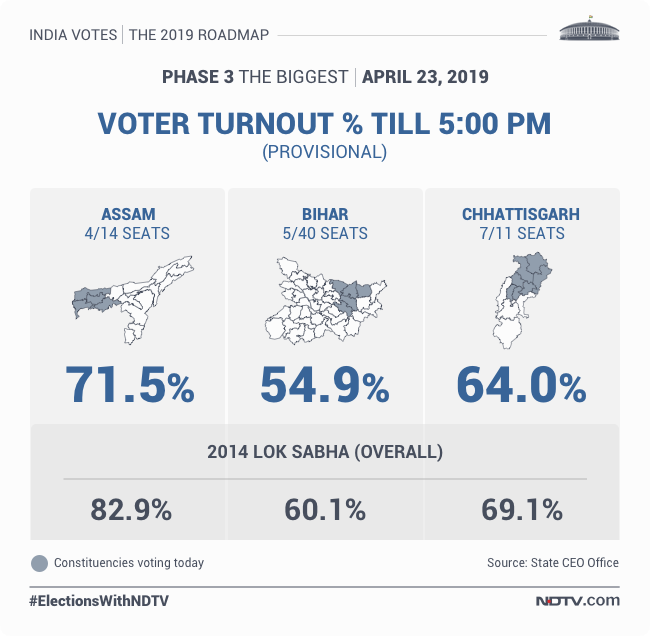