The study has also found that large volcanic events can lead to contrasting erratic weather patterns like droughts or excess rain. 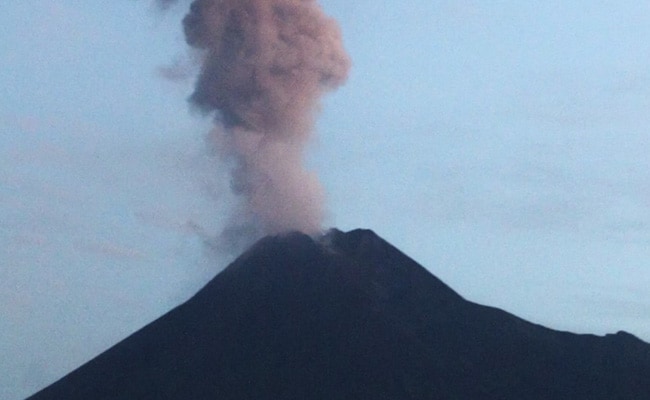 Large-scale volcanic eruptions can help in better forecast of the Indian monsoon, the annual phenomenon that brings rain over the Indian subcontinent, a joint study involving Indian and German scientists has found.

The study done by Pune based-Indian Institute of Tropical Meteorology (IITM), a body under the Ministry of Earth Sciences, and Potsdam Institute for Climate Impact Research (PIK), Germany, has also found that large volcanic events can lead to contrasting erratic weather patterns like droughts or excess rain.

R Krishnan, executive director of IITM's Centre for Climate Change Research, said the tiny particles and gases that a large volcano blasts into the air enter into the stratosphere and remain there for a few years.

"While the volcanic matter in the stratosphere to some extent blocks sunshine from reaching the earth''s surface, the reduced solar forcing increases the probability of an El Niño event in the next year," he said.

El-Nino is a phenomenon associated with heating of the Pacific waters. It is also widely believed that it has an impact over the Indian monsoon.

"This is because less sunshine means less warmth and hence a change of temperature differences between the Northern and Southern hemisphere, which in turn affects the atmospheric large-scale circulation and precipitation dynamics," Mr Krishnan said.

Norbert Marwan from the Potsdam Institute for Climate Impact Research said the synchronisation between tropical Pacific Ocean and Indian monsoon is changing over time, with human-made global warming being one of the factors, worsening the accurate prediction of the monsoon.

"The new findings now suggest a novel, additional path for monsoon predictions that is crucial for agricultural planning in India," Mr Marwan said.

"To reduce global warming from human-made greenhouse gases, some scientists envision solar radiation management--basically to block a portion of sunrays from warming earth''s surface by putting dust in the high atmosphere, similar to what the natural phenomenon of a volcanic eruption does.

"Artificially blocking sunshine, however, might dangerously interfere with a number of processes in the atmosphere. Understanding the mechanisms at play is thus important," the study added.