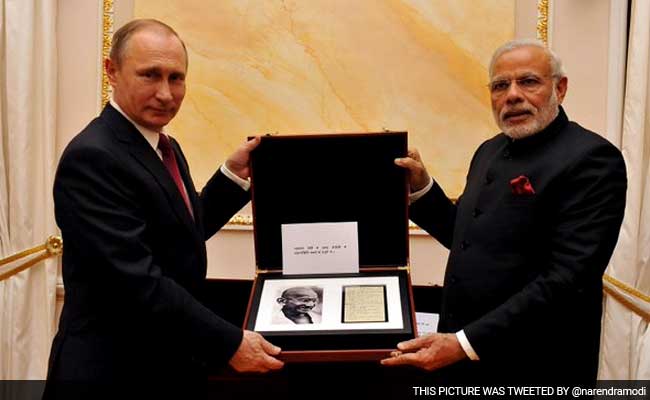 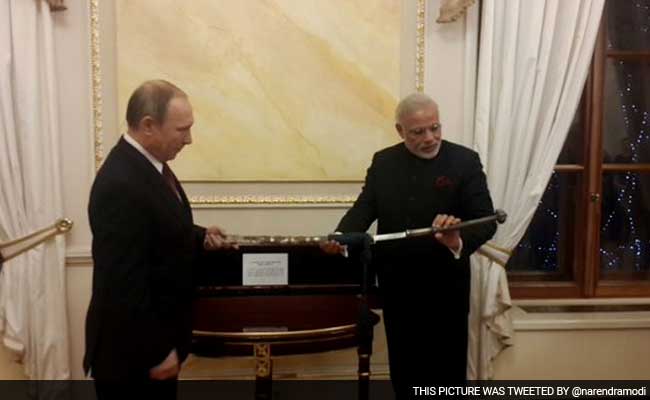 PM Modi arrived in Moscow on Wednesday to a red carpet welcome for a two-day visit during which he will attend the 16th India-Russia annual summit meeting.

During this visit, a raft of agreements spanning a broad spectrum of sectors are expected to be signed following summit-level talks on Thursday between the two countries with trade being a major focus area.

PM Modi and President Putin are scheduled to meet a delegation of Indian and Russian CEOs at the Kremlin.

PM Modi will address a gathering of 'Friends of India' and also meet members of the Indian community in Russia.

The NCMC is a multi-level coordination centre designed to provide inter-agency coordination and alert the people about the threat of emergency situations. The capabilities of the NCMC include state-of-art real time monitoring, data collection, analysis and modelling.
Comments
Vladimir PutinNarendra ModiModi Putin MeetModi Putin MeetingModi Russia VisitModi in RussiaPutin Gift to ModiIndia-Russia Ties