Visually-Challenged Electors To Get Voter Identity Cards In Braille

Auxiliary polling stations during elections and a mobile app are in pipeline for the people with disabilities to facilitate participation in elections. 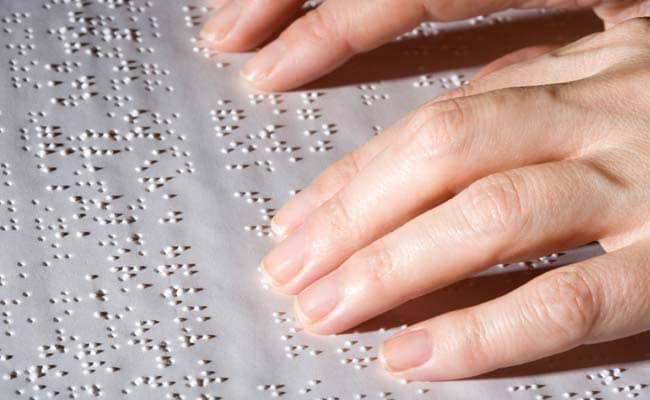 The Election Commission said it will soon issue braille voter identity cards to visually-challenged electors across the country. Chief Election Commissioner O P Rawat said the commission has decided to establish auxiliary polling stations during elections for the people with disabilities.

A mobile app will be developed in-house for such voters to facilitate their participation in the election process, he said.

Addressing the concluding session of the National Level Consultations on Accessible Elections, Mr Rawat said that braille voter ID cards will be distributed to all visually-challenged voters across the country.

He said "coordinators" will be appointed at the assembly constituency, district and state levels.

The CEC said the commission will also make available all election-related awareness material in accessible formats for such voters.

Mr Rawat said photo voter slips will also be made in accessible formats for them.

For the use of the hearing-impaired voters, sign language windows will be provided in all audio-visual training and awareness content of the commission, he said.

In his address, Election Commissioner Sunil Arora said, "We should go far beyond the bureaucratic measures to overcome the barriers. Technology has the capability to fill the gaps and it shall be explored to its fullest potential."

Election Commissioner Ashok Lavasa remarked that the set of recommendations received from the consultations will be examined thoroughly and efforts will be made to implement them in a time-bound manner.